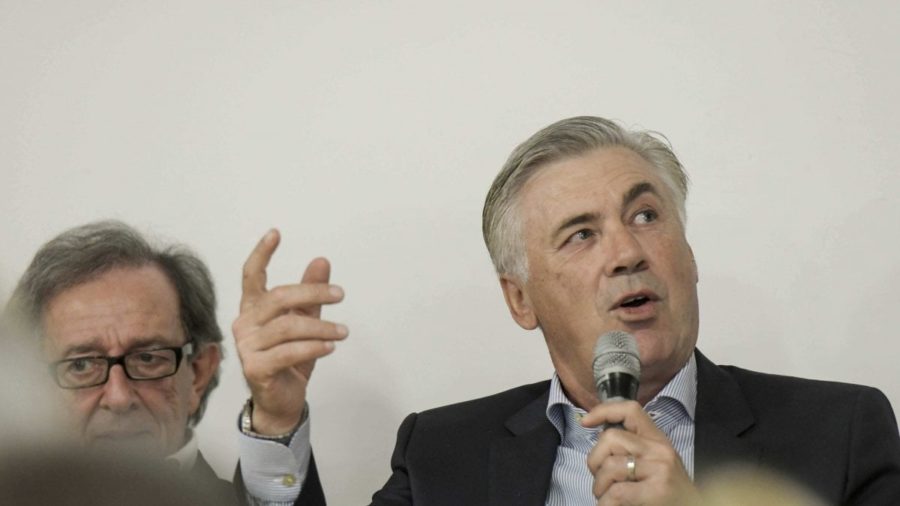 The Italian coach defends that a game should be stopped if the supporters overshoot the mark.

Last Monday and taking advantage of the international break, Ancelotti attended in the FIGC technical centre in Coverciano (Florence) to a symposium about football. He share the table and opinions with colleagues of the likes of Antonio Conte or Roberto Mancini. They talked about so many things, but Carlo wanted to give his point of view about how football is lived in his country. “In Italy, we still think that a football match is a battle, but in reality it is an event in which the rudeness should not enter,” said the Italian coach.

Ancelotti did not stop there and proposed a possible solution in case a football player or coach receives disproportionate insults from the stands. “Now we have an advantage: we can suspend the games. It has been stopped because of the rain and it can be stop even if there are insults, it can be done and I think we will do it, “said Carlo.

Conte and Mancini both agreed with Ancelotti and did not hesitate to support him. In fact, they were not the only ones, in a recent survey in the Gazzetta dello Sport the fans were asked if they agreed with Carlo in his proposal of stopping matches in case of insults, and almost 80% of the voters were in favor of the initiative proposed by the Reggiolo manager.