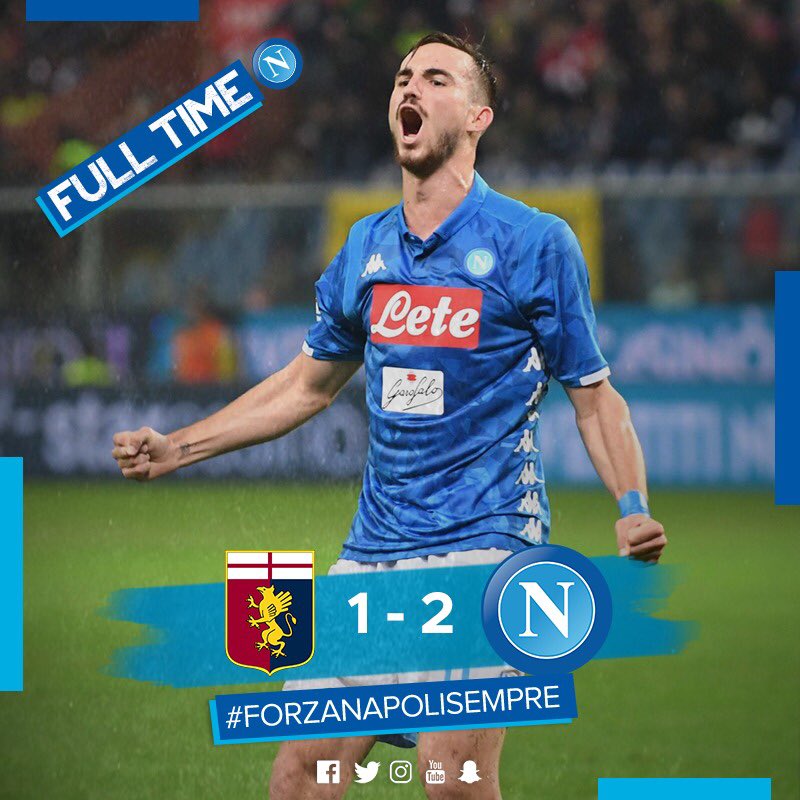 Ancelotti’s men showed their strength and cameback on the last minutes of the match in a difficult and flooded stadium under heavy rain.

Ancelotti’s Napoli showed great personality against Genoa and it seemed they had the spirit of the greatest teams. The team didn’t scare away when things went rough and came back in a match that proved to be very difficult until the end. Koumé scored the initial 1-0 for the locals, nevertheless, Napoli wasn’t intimidated and went for the equalizer at all times. With a lack of accuracy, Napoli couldn’t score until the second half thanks to Fabián. On the last minutes of the match, an own goal of Genoa made justice to a match that Napoli deserved winning. With this three points, Napoli sticks to the top positions of the table and remains pushing Juventus to conquer the League.

It wasn’t an easy victory at all due to the condition of the Luigi Ferraris stadium. The heavy rain over Genoa obliged the referees to stop the match for some minutes and the pitch ended up quite impossible to play on. When the whistle put the game on again, Napoli went with everything they had to take the three points out of there. “I’m proud of my players who fought against terrible conditions and were competitive until the last second”, said Carlo.

Proud of my players who pushed through less than desirable conditions and competed well until the last minute. Bravo! #forzanapolisempre pic.twitter.com/s3Lf5Ge5n6