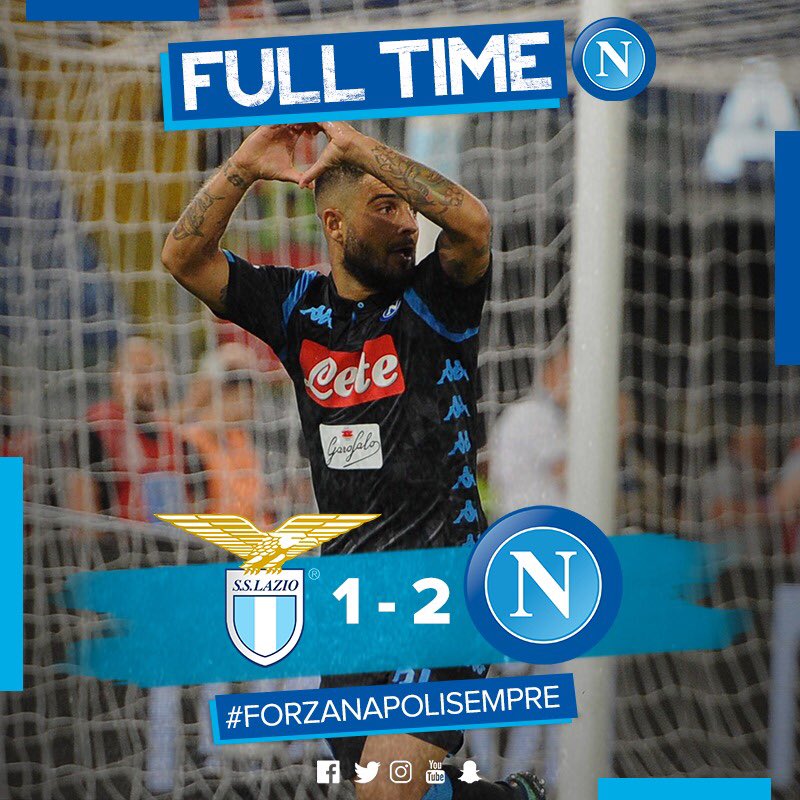 The Italian has achieved a hard-won victory against Lazio (1-2) in his first game in charge of the Neapolitan bench.

Today’s opening was the first official game with Naples for Carlo and finished in the best possible way, a hard-fought victory in their trip to Rome’s Olympic Stadium. Lazio went for the game from the initial wishtle and took the lead thanks to a goal from Immobile. However, Naples came back in the game playing a good football and levelled the game before the break thanks to a goal from Milik.

In the second half Napoli took even more control and overcame the result with a beautiful goal from Insigne. As the minutes went by, tiredness took its toll on the players and so came the opportunities. Nevertheless, Ancelotti’s men showed attitude and grabbed the first three points of the season. With this valuable win, Ancelotti starts the Serie A on top of the table (levelled on points with Juventus), awaiting the end of the gameweek.

It is very moving to return to Calcio and to do so winning the first game thanks to the amazing job of my players. #ForzaNapoliSempre @SerieA pic.twitter.com/GXNZMenBnY

At the end of the game the Italian coach talked about his impressions in his return to the Serie A after many years: “We started a bit slow but we reacted and got three important points. It’s very emotional for me to be back in the Calcio.”