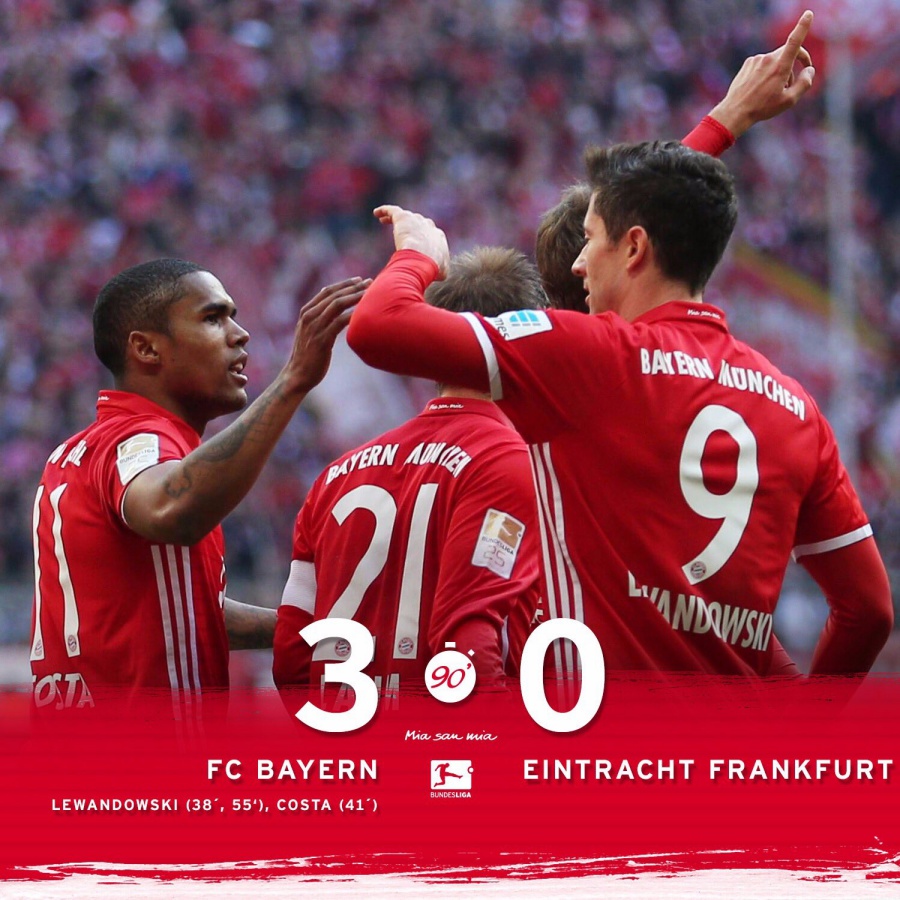 Ancelotti’s Bayern remains in Bulldozer mode. This Saturday the Allianz Arena was witness of the overwhelming win against Eintracht Frankfurt. Two goals from Lewandowski and one from Douglas Costa certified the triumph. A victory that is a step forward in the Bundesliga after Dortmund and Leipzig lost their matches, Bayern’s pursuers in the ranking.

In spite of the thrashing it wasn’t an easy match. And this is how Ancelotti acknowledged it at the press conference: “First half was very difficult, Eintracht were better than us. But on the second half we were superior and we controlled the game”, said the Italian coach.

.@MrAncelotti on the table: "We've got a good cushion at the top but we need to stay focused. There are still many games to go." #FCBSGE pic.twitter.com/YW5ehF38Tr

Bayern has 10 more points than the second qualified, Leipzig. Nevertheless, Ancelotti doesn’t want any kind of relaxation: “Now we have some advantage but we must remain concentrated. There are plenty of games to play”.