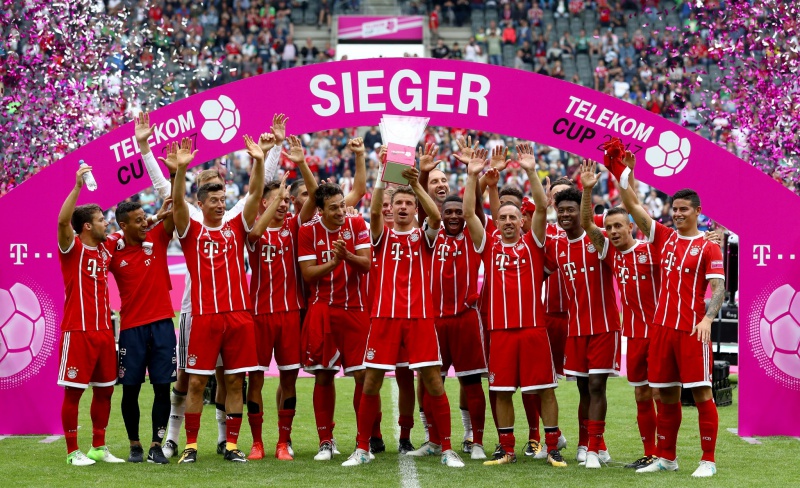 Bayern defeated Werder Bremen and TSG 1899 Hoffenheim to proclaim themselves champions of the Telekom Cup 2017. A game week that was marked by the debut of James Rodríguez and Corentin Tolisso at the German team.

In the first match of the afternoon, Ancelotti’s men fought against TSG Hoffenheim 1899. A goal from Lewandowski gave the victory to Bayern in a tie in which Tolisso debuted on midfield.

The Final of the Telekom Cup 2017 confronted Bayern with Werder Bremen. Ancelotti withdrew a spectacular 11 in which there was James Rodríguez in it. The colombian could have opened the score on the first minute but Werder Bremen’s goalkeeper saved the chance. Minutes later Müller didn’t waste his chance to open the score. Bayern’s dominance continued and after a great heel pass by Müller, Bernat made the definitive 2-0.

Bayern keeps on adding wins on their pre-season. After two wins against rivals of less level, they surpassed two rivals of the Bundesliga before heading to China this Sunday for their summer tour.