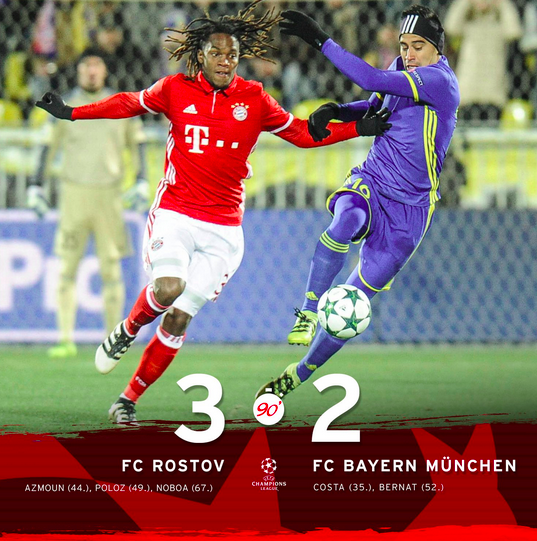 Bayern suffered their second defeat in Rostov (3-2) in the current Champions League in a game in which they started winning thanks to a goal from Douglas Costa, but in which they lost control of the game until the Russian team overcame the result, taking advantage of the counter-attack and the strategy. Ancelotti´s men, despite being better did not know how to impose themselves in the areas and paid dearly their lack of goals.

Ancelotti did not give any excuse to the defeat of his team and he analyzed it with coolness and common sense: “We have not played well, that is the reason for the defeat … We did not underestimate Rostov … We failed too many chances in the opposite goal. These times are quite complicated”. Nevertheless, the coach remains confident of his team and the reaction of his players. On Saturday, without going further, they will have a good opportunity to prove today was just a mistake.