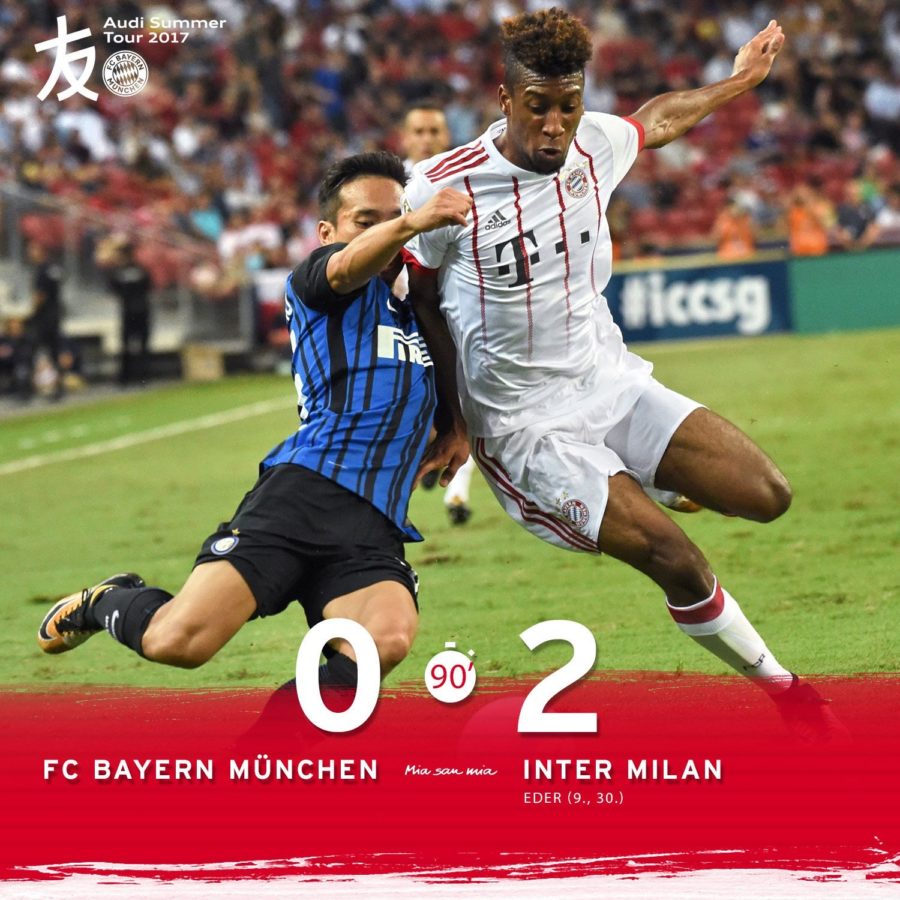 Bayern lost to Inter and returns to Munich to prepare the German Supercup.

Bayern played in Singapore the last match of the Asian tour and although they fought for the win against Inter Milan, two defensive mistakes allowed Éder to score a double in the first half.

However the German Champion tried to fight back the game with a very proactive James. The negative note, apart from the result, was Ribery’s injury. The French left the pitch before the break after a tackle.

After this game, Bayern returns to Germany to prepare the start to the season. Next Saturday the Bavarians will play the German Supercup against Dortmund.