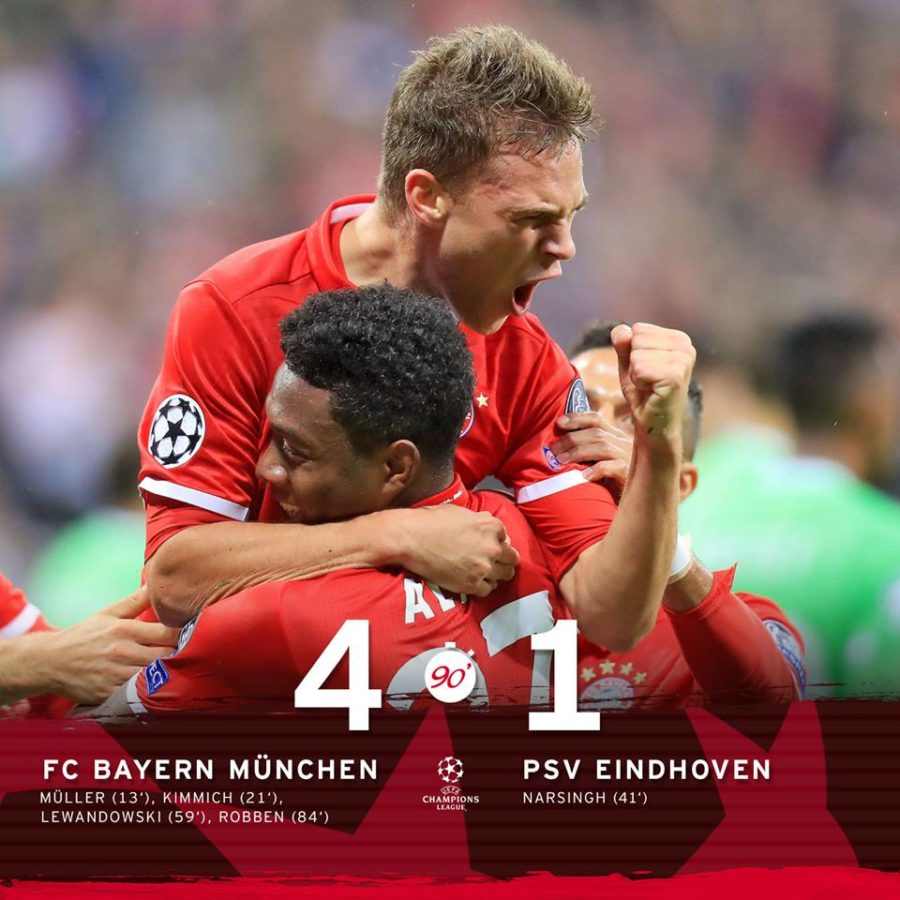 Bayern nipped the possible rumours of three games without winning, in the bud after the convincing victory over PSV (4-1) in Champions. Ancelotti’s men put things right and still fighting for the first place of the group with Atlético. The supporters enjoyed the game very much and gave a great ovation to the players.

Nevertheless, PSV was not an easy team to play despite the result 4-1, although Bayern took the lead in the 13 minute with a goal from Müller and another one from Kimmich seven minutes later. Luciano Nasringh pull one back just before the half-time to break the 2-0 lead.

The goal and the talk in the changing room returned a Bayern even more determined to give a good night of football to the supporters. And who else but Lewandowski to made the third and Robben to close one of the best performances from Bayern this season.

Ancelotti, after the game, could not hide his satisfaction for the team performance: “That was the reaction I expected from the team. We’ve played quite well against a complicated rival.” But also called for continuity to his players: “We have to maintain the same level in forthcoming matches to stay in the fight for the first place with Atlético.”