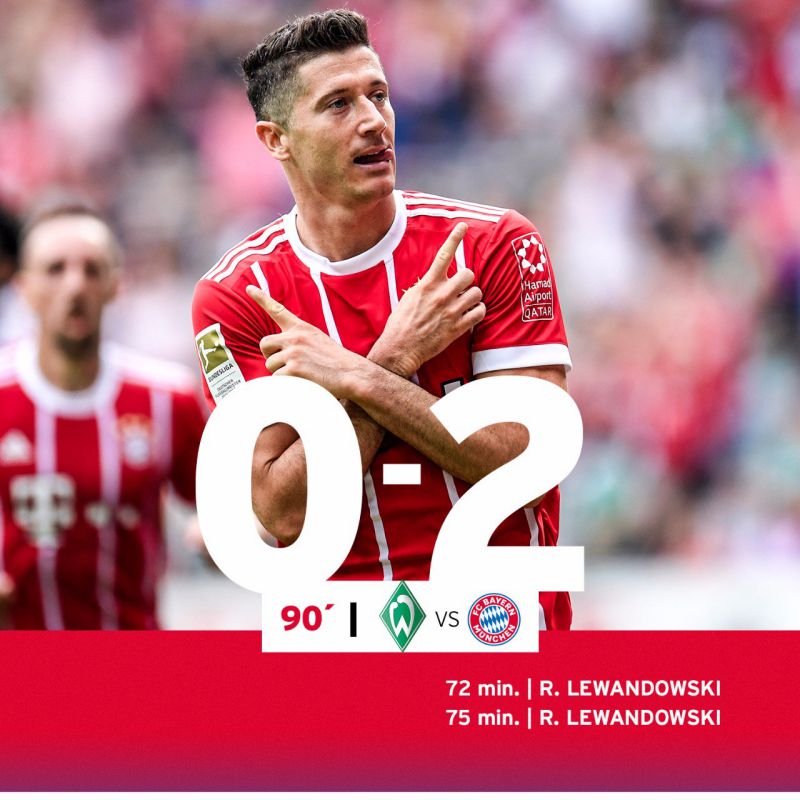 A great Bayern achieved their fourth consecutive win of the season thanks to a double from Lewandowski.

Once again Bayern stepped into the pitch to win the three points. Since Carlo Ancelotti arrived to the German team, intensity and eagerness of victory became the squad’s emblem. Just after the initial whistle the visitors could have scored the first one, a shot from Tolliso hit the crossbar on the 7′. Nevertheless, the performance of the local goalkeeper prevented Bayern to score the first one.

After plenty of chances and already on the second half it was the time for Lewandowski to score. The Polish striker solved the match. First with his heel pass and later with his incredible left foot shot in a great individual game play. Three minutes of difference between these two marvels let Bayern enjoy their 4th consecutive win of the season, the second of the Bundesliga.

Bayern was quite better than Werder Bremen. Nevertheless, Ancelotti said that getting the 3 points wasn’t that easy: ” A very important win in a very difficult match. I’m very happy with the score”, stressed Carlo.