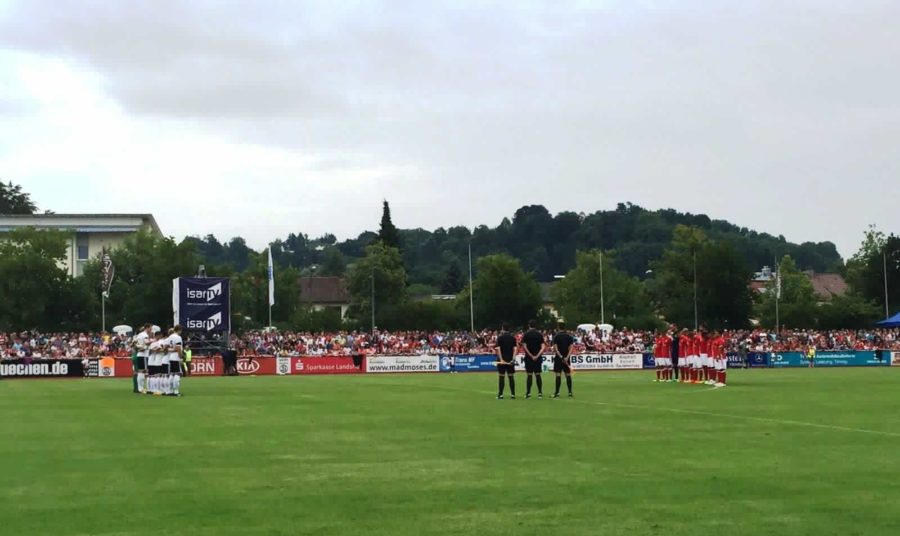 Carlo Ancelotti has made three victories out of three games since his arrival at Bayern, the last one, this Saturday against SpVgg Landshut 0-3. Although this time the football was not important as the victims of last Friday’s shooting in Munich were present in everyone’s mind. Both teams and everyone at the stadium observed a minute of silence for the victims and their families. An expression of solidarity to condemn the violence.

Ribery, Alaba and the young starlet Daniel Haelger sealed the victory for Ancelotti’s men who made many changes in the team and tried different options hours before fliying to the US where they are going to play three games against Ac Milan (27 July in Chicago) Inter Milan (30 July in Charlotte) and Real Madrid (3 August in New Jersey).