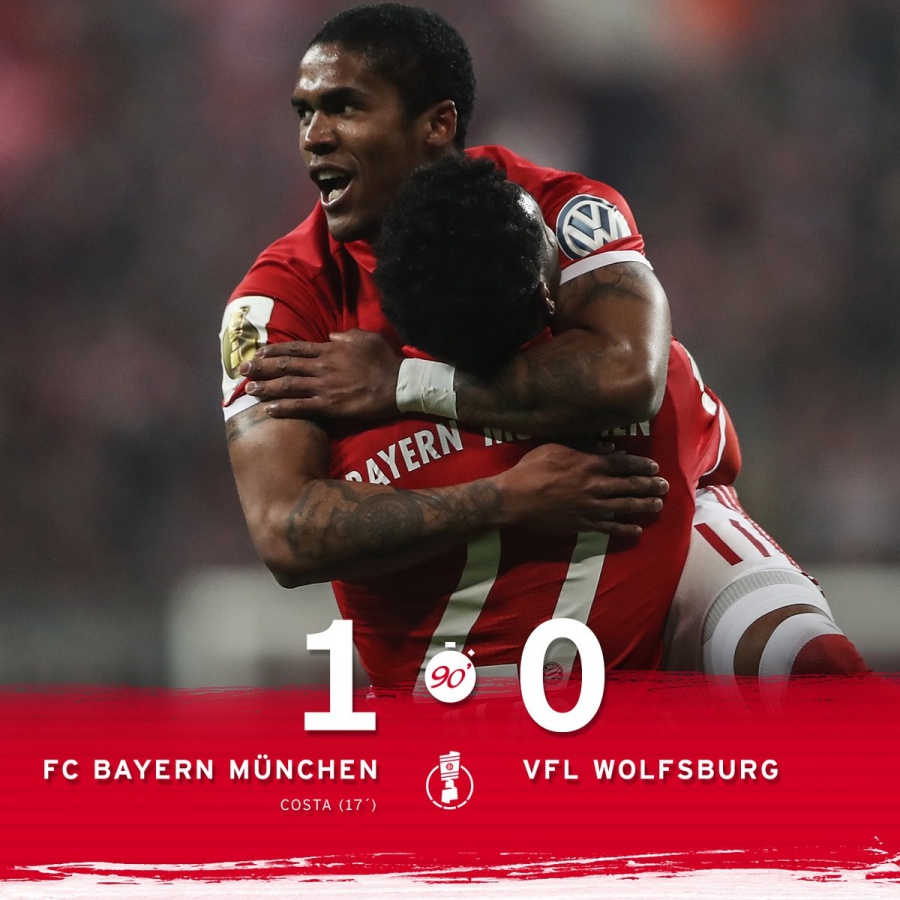 A great Bayern won Wolfsburgo in the last sixteen of the DFB Pokal thanks to a goal from Douglas Costa in the first half. Ancelotti’s men dominated the game at any time but they lacked of goal and could not stretch their lead, although they had 75% possession at times during the game and had the rival under control, who could not create any danger.

Carlo, before the game, suggested they should improve the defence performance of previous games, and Bayern return to be the way Ancelotti wants it. And from that defensive work they secured a victory that place them in the quarter-finals of the German Cup. A situation the Italian coach wanted to value at the end of the match. “It’s very important for us to be in the last 8”, admitted the Bayern coach.