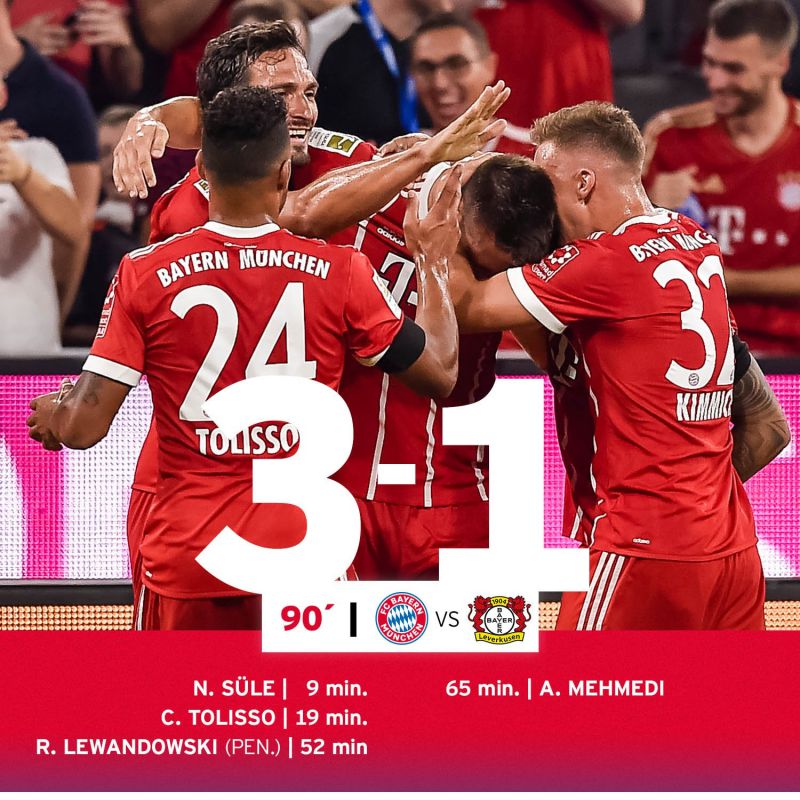 The Bundesliga couldn’t start better for Bayern. Victory, three points and a great performance. The goals from Süle, Tolisso and Lewandowski (3-1) earn the victory at the Allianz Arena.

Ancelotti’s men went for the game from the beginning and so arrived the goals from Süle and Tolisso (first goal with Bayern) that eased the game in the first half. After the break Lewandowski made the third from the penalty spot. Leverkusen didn’t give up and Mehmedi scored the consolation goal.

🗣 .@MrAncelotti: "We need to improve more in defence, but I'm not worried. We will continue to get better." #FCBB04 pic.twitter.com/S7ID9XxVxc

Ancelotti, despite the great work done by his players, still not satisfied and wants his team to continue to improve. “We have to improve the defense work but we have to stay calm. We’ll continue to work this way,” said Carlo