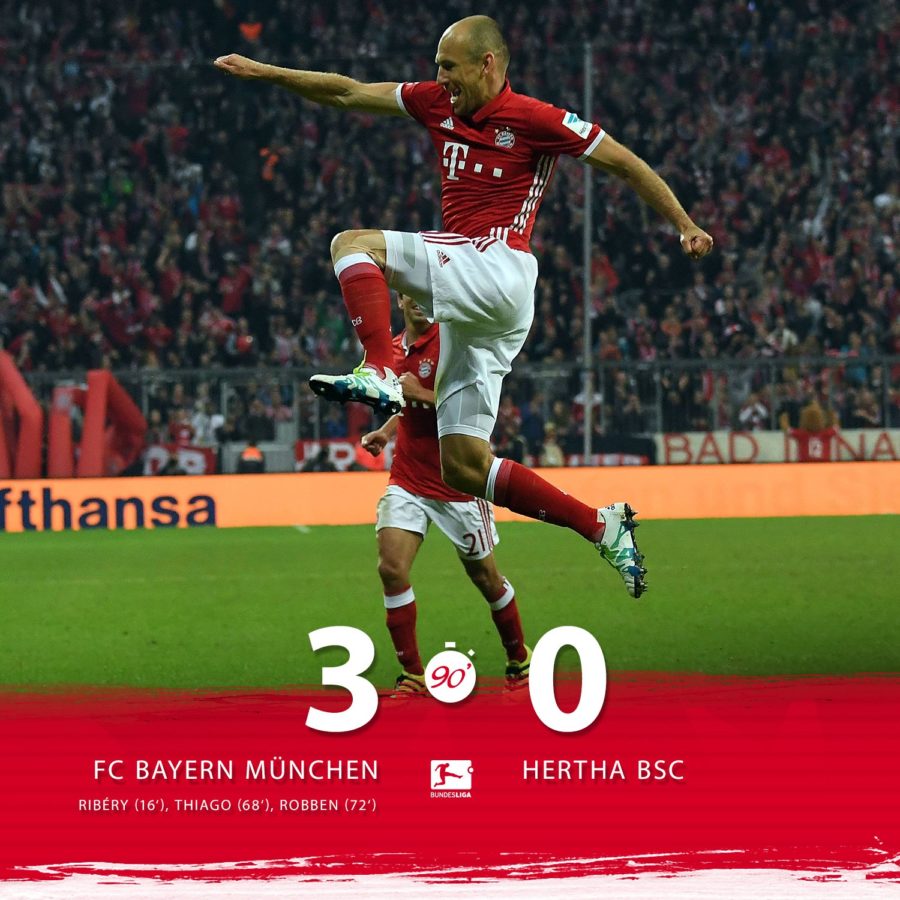 Bayern continues unstoppable in the Bundesliga, four wins out of four games, the last one against Hertha BCS by 3-0, despite the fact Hertha visited the Allianz being the other unbeaten team in the league. Nevertheless, Hertha held Bayern for a long period but they finally succumbed to the Bavarians. The goals from Ribery, just within minutes gone, Thiago and Robben in the second half were enough to show Bayern who dominates the Bundesliga.

Ancelotti was pleased with the result but was even more with the display of his players: “I’m very happy with the work of the team. I think today we played the best match of the season”. Also celebrated the return from injury of variuos important players for Bayern: “It’s important to have those important players like Robben or Boateng, back with the team. It was a great game, good news”.