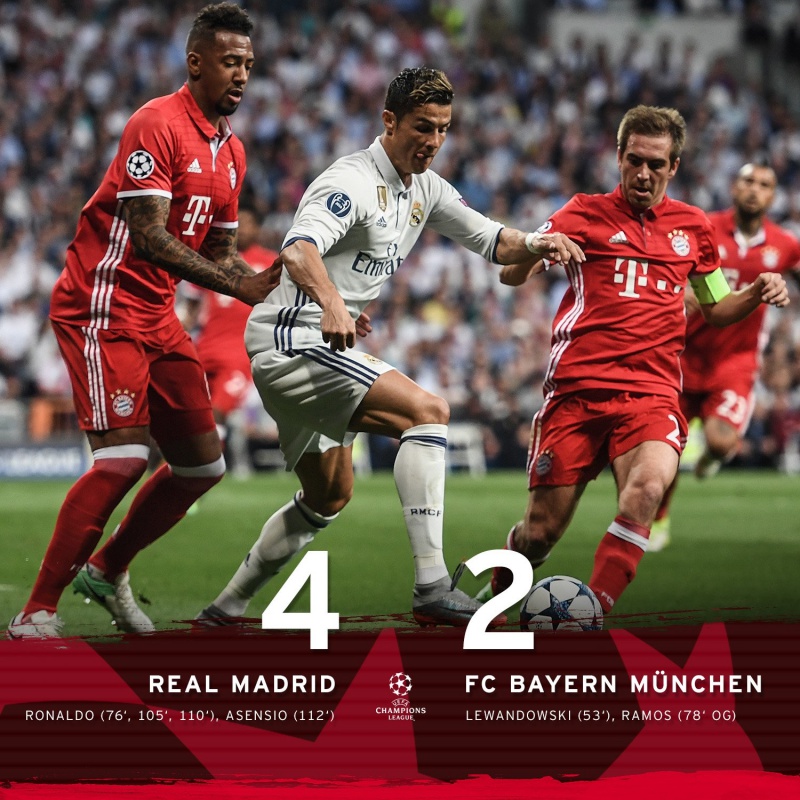 Bayern lost in the extra time after playing 90 minutes of great value. It was close to the semifinals and held to the Santiago Bernabéu in suspense. Lewandoski´s goal from the penalty spot and an own goal from Ramos equalised the tie after Cristiano´s goal forcing the extra time. Arturo Vidal unfair red card eased the game for Real Madrid. In the extra time, Cristiano´s goal, caught offside, gave advantage to the locals who ended up finishing the match in the final minutes.

Bayern fought until the last moment and ended up falling on the bank. But they did it with dignity, like the big teams and held the Bernabéu in suspense throughout. And that´s what Carlo wanted to stress: “We played very well and deserved more today. The whole team has done a fantastic job. It is not easy to come to the Bernabeu and win in the 90 minutes. Neuer has done his part as everyone”, he said.

The referee´s decisions balanced the match and eventually the tie. A non-existant red card and a goal in offside position, condemned Bayern, and Ancelotti wanted to highlight these facts. “The referee’s performance was horrible for us. I know that football is sometimes like that, but we are not happy with the refereeing. In the quarterfinals you have to have better referees. It’s time to use the hawkeye. There are too many mistakes”, he said.