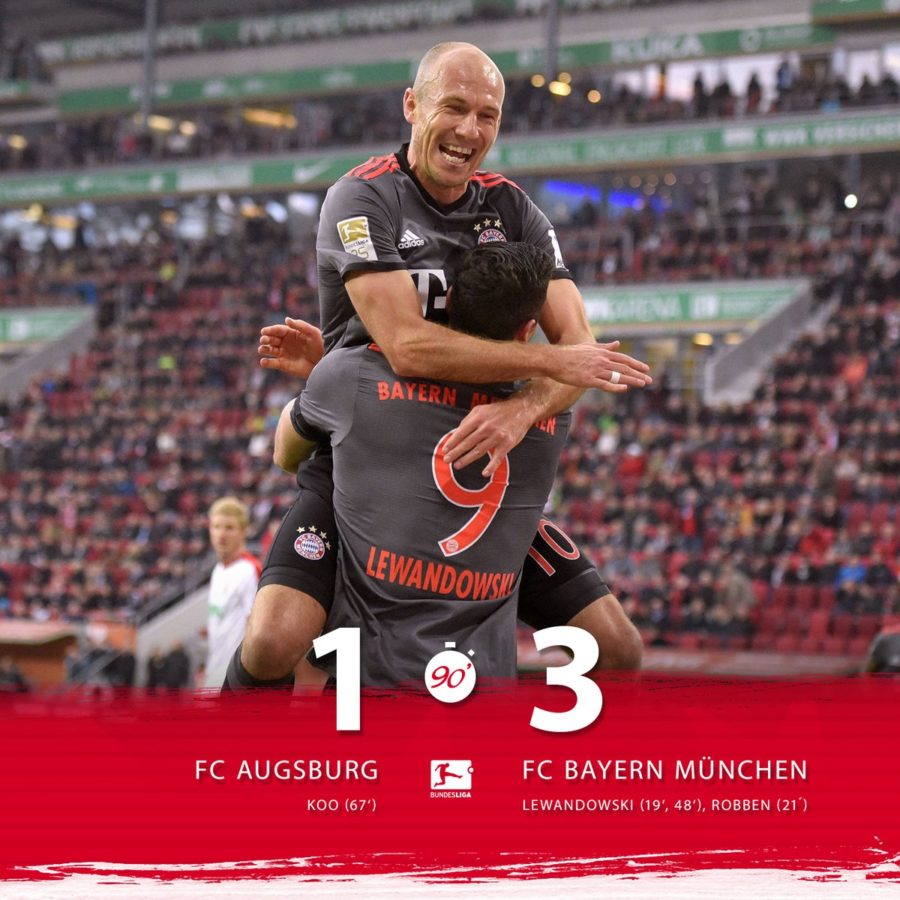 Carlo Ancelotti continues with his winning run since his arrival at Bayern Munich. The Bavarian team achieved its 12 victory of the season in 15 matches, after beating Augsburg (1-3) twice this week. The first time was last Wednesday in the second round of the DFB Pokal. Bayern controlled the game from beginning to end and eased the game in the first half thanks to goals from Lewandoski and Robben and reached the break with a 2-0 lead on the score.

Bayern started the second half with intensity and in the 48 minute, Lewandoski stretched the lead with his 7th goal in the Bundesliga. From that moment on, Bayern did not relax and continued to play in the same way: focus in defense and dangerous in attack. Nevertheless, the local team scored the consolation goal after a good combination in attack.

In the press conference after the game, Carlo Ancelotti was very pleased with the performance of his players: “We started well, like in the Cup tie this week. The first have was excellent”.

Ancelotti´s men are already thinking in the next match: Tuesday, fourth day of Champions League, at Eindhoven and against PSV (20:45pm).