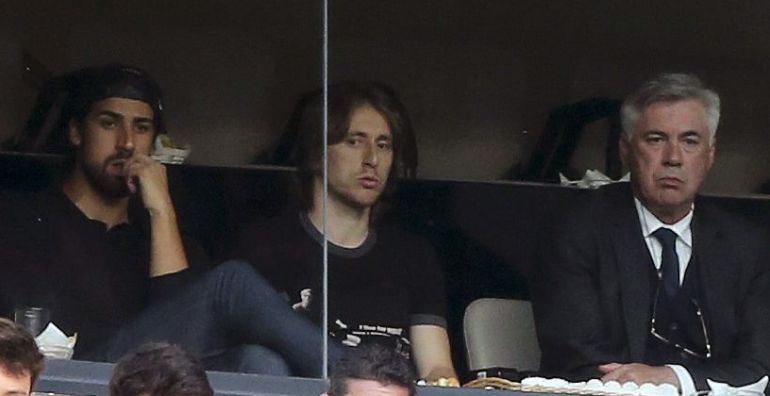 Ancelotti’s Real Madrid ended up Season 2014/15 with a clear win at Santiago Bernabéu against Getafe. In spite of the minor importance of the match, the Italian coach planned a serious game as the final 7-3 score shows. Madrid’s supporters dedicated a great ovation to Ancelotti, showing him their total support.

The white squad proved their scoring efficiency, something that lets the team end up as the most scoring team of the greatest European leagues. The 118 goals scored in the League haven’t been surpassed by teams like Barcelona, Chelsea, Bayern Munich, Juventus, PSG or Manchester City. Even more, Cristiano Ronaldo was ‘Pichichi’ (Top goal scorer) of the League after scoring 48 goals.

Far from the scoring numbers, Real Madrid won the Europe Supercup against Sevilla and the Clubs World Cup in Morocco. More over, Ancelotti’s team had the largest winning streak of their history.

Against Getafe, Madrid was loyal to their style and in spite of seeing how their rival cameback the first goal from Cristiano Ronaldo, they ended up thrashing the opponent with great authority.

On the last part of the match, Ancelotti gave some minutes to Odegaard. At only 16 years and 157 days, the Norwegian has become the youngest player to debut with Real Madrid.

Having passed his last day of sanction, Ancelotti thanked all the support from the fans and highlighted that ” the crowd has shown their love to me. I would’ve liked to end the season on the bench.” He also added that “I’ve thanked the players for the effort they’ve donde during all the season”.

Analyzing the League, the Italian coach didn’t hesitate to say that “the injuries they had prevented us from winning the League”.