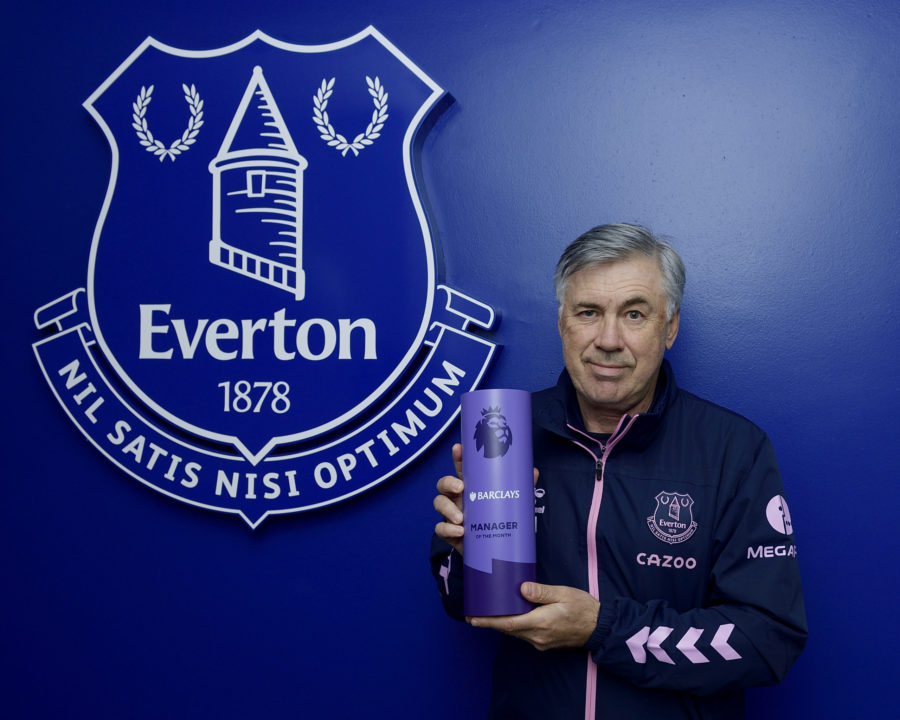 LeagueThe Italian coach has been chosen as the best coach of the month after winning all his matches in the beginning of season.

The Everton coach, the leader after four seasons, has been selected as the best coach in September in the Premier League. Ancelotti has guided the Toffees to a perfect beginning of the season after four consecutive wins in 4 matches, three of them in the month of September against Tottenham Hotspur, West Bromwich Albion, and Crystal Palace. ‘I’m delighted with the award. It’s a great achievement. I want to share it with my team and players. We have started the season well and I hope to remain like this and win it more times’, said the Italian coach to the Premier League. It’s the fifth time Ancelotti wins this award and the first since April 2011. The four previous ones were with Chelsea.