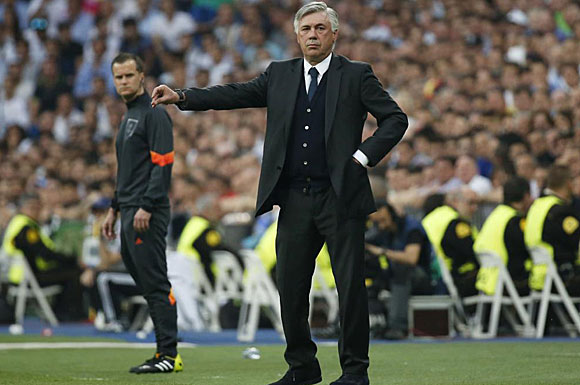 Carlo Ancelotti has a new squad to coach now. The Italian coach will manage Bayern Munich for the next three seasons after negotiations with the chief executive officer of the FC Bayern München, Karl Heinz Rummenigge, ended up in positive terms. Ancelotti, nevertheless, will have to wait until next June to arrive to the club as the contract will take place on the 2016/17 season.

“It will be a real honor to coach Bayern Munich”, stressed Carlo Ancelotti after the club made his signing official this very morning. The coach, in addition, had some words for Pep Guardiola, the current coach with which he has a special relationship out of respect and mutual admiration:“I’d like to thanks Bayern for their trust. I’m very keen to face this new challenge but I’d like to wish the best of lucks and successes to my colleague Pep Guardiola. Mia san Mia!, he concluded.

With 5 Champions League cups on their glass cabinet, Bayern Munich are ideal for the challenges that Ancelotti is looking for, a coach that after a year off has decided to return to his career in one of the best teams in Europe. For Carlo, in addition, it’s the first time in the Bundesliga, competition that he has always followed with passion and that he will know well from June onwards.

Bayern will be the next episode of the Carlo Ancelotti’s series on the best benches of Europe. After his experiences in teams like Juventus, AC Milan, Chelsea, PSG and Real Madrid, Ancelotti will keep on enjoying football in Munich where he expects to keep on adding cups to his track record that currently is the only one that has three Champions League. The union between Bayern and Ancelotti couldn’t be more attractive.