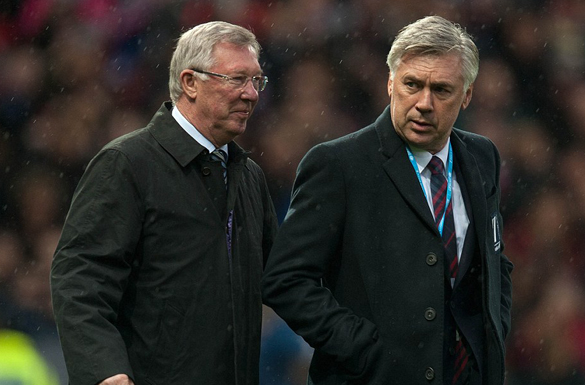 Carlo Ancelotti was one of the main protagonists of UNICEF’s ‘Match for Children’, which took place at Old Trafford (Manchester) on Saturday. The meeting was marked by the terrible attacks in Paris which have shocked the world. “I am shocked by what happened. It’s terrible that these things happen. They were innocent people…I send all of my affection to the victims and their families in this time of grief,” said the Italian coach ahead of a match which was played, in the end, with heightened security measures. The affair also featured an emotional remembrance for the victims of the Paris attacks with a respectful minute’s silence.

The match, which pitted a team of veterans from Great Britain and Ireland against a similarly assembled Rest of the World side, ended with a 3-1 win for the former, to the delight of the fans. Sir Alex Ferguson and Carlo Ancelotti managed the two squads, which featured, among others, illustrious names such as Beckham, who captained the British and Irish side, and the Portuguese Luis Figo, another ex-Madridista, who skippered the Rest of the World.

The roster of footballers could not have been better for a sad afternoon, given what had occurred hours before in Paris. Indeed, those in the stands appreciated having the opportunity to witness James, Phil Neville, Sol Campbell, Terry, Carragher, Beckham, Butt, Scholes, Fletcher, Giggs and Crouch once again, just as they did with Van der Sar, Cafu, Fernando Couto, Silvestre, Pires, Figo, Seedorf, Park, Ronaldinho Gaucho, Solskjaer and Kluivert.