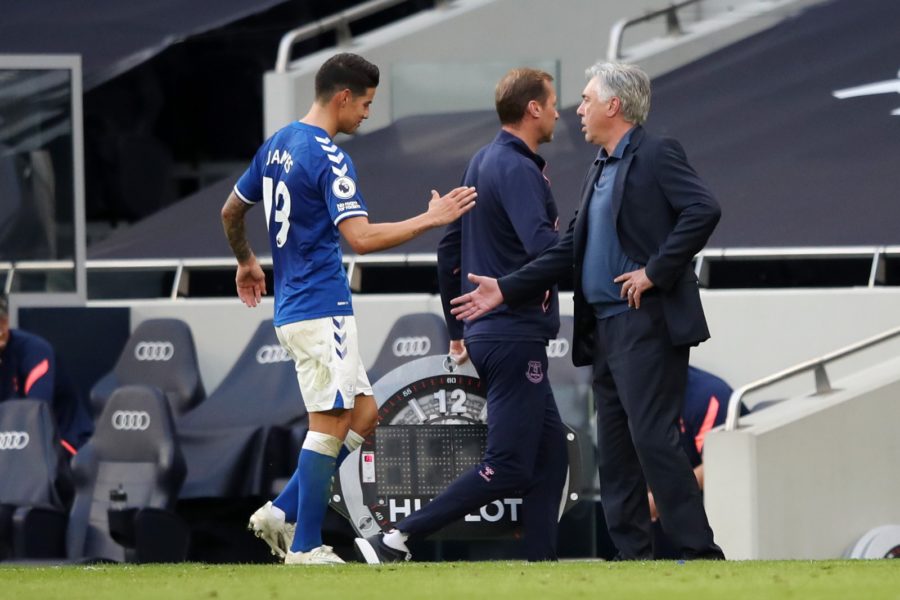 Carlo Ancelotti’s project starts well with a good 0-1 win in London.
There are wins that are more than only three points. This Sunday’s win against Tottenham (0-1) is one of them.

Plenty of reasons justify its relevance: it’s the first win of the season; it’s a win against Jose Mourinho’s team at their stadium; and to complete the treble we add the fact that Carlo got in his three new signings. It’s an optimistic message from Ancelotti’s team. It is not convenient to promise anything at the beginning of the season, but this win serves as a good first step to build an ambitious and winning project.

The goal from Carl Lewis with an incredible header from the heart of the box was the key moment of a very well played match by Ancelotti’s team, that with Allan, Doucouré, and James Rodríguez practically canceled the Spurs and proved they dominated on nearly all phases of the match. “I’m very satisfied because the work of the team has been great. Their attitude was brilliant. They remained concentrated and we’ve achieved an important win that helps us grow and start the season in a fantastic way”.