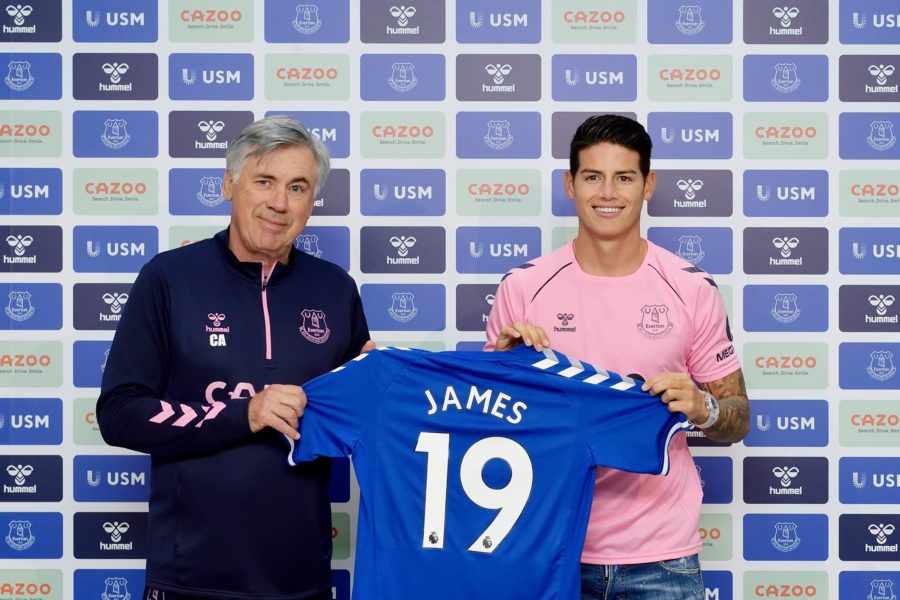 Carlo Ancelotti is enthusiastic about the start to the new 2020/2021 season that will commence this Sunday against Tottenham.

Everton has rebuilt the team and threatens to be one of the relevant sides in the 2020/2021 Premier League. That is Carlo Ancelotti and the club’s aim in his second season with the Toffees, the first one from the beginning. The Italian coach has reinforced the squad, especially the midfield, with signings such as James Rodriguez, Allan or Doucouré.

“I am delighted with the work the club has done in this transfer window, and it was not easy. I think we have improved the team and we are going to be competitive. That was the idea”, declared a satisfied Ancelotti, who attended the press conference previous to the match against Tottenham with James Rodríguez, the big signing for this season. “We have always said that we want a winning project and I think we are on the right track”, concluded the Blues coach.

Everton will debut this Sunday (16:30 GMT) in London against José Mourinho’s Tottenham, a difficult trip for a starter but that will help to test the form in which the team arrives to the start to the season. “We have worked well, and we are ready to start a season in which we have many hopes. We hope everything goes well”. Let’s hope that Carlo Ancelotti has fulfilled his wishes. Good Luck!!