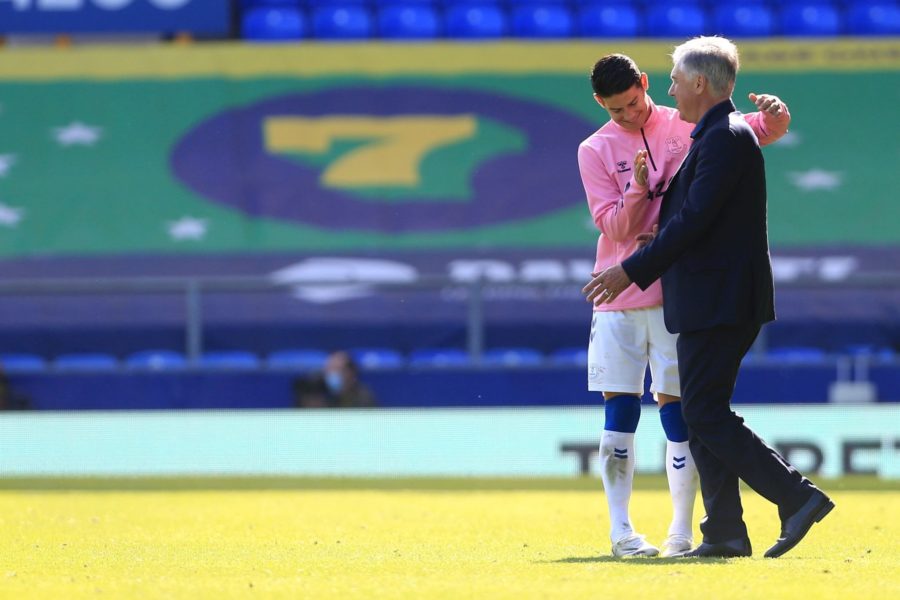 Ancelotti’s team achieved its second victory (5-2) in the Premier with a performance full of character and quality.

Three wins out of three games. Ancelotti’s Everton has turned a perfect week into a fantastic start to the season. On Sunday the Blues defeated Mourinho’s Tottenham in London (0-1), on Wednesday they beat Salford (3-0) in the Carabao Cup, and this Saturday thrashed West Brom (5-2) at home. Despite being too early in the season, the message is clear: Everton are going to be a tough competitor this season.

Proof of this character was the comeback at Goodison Park this Saturday where the Toffees were able to overcome Diangana’s goal 10 minutes in the game. Ancelotti’s team with confidence in their play and hunger for success turned the score around thanks to Calvert Lewin’s hat trick and a sensational James who scored and assisted in his debut at home. Michael Keane scored the third of the afternoon for the Blues.

Carlo Ancelotti offered the win to the fans and was pleased with the result: “We want to dedicate this first win at Goodison Park to all our fans. Hopefully we all can be together soon again”. Commenting on the performance of the team the Italian highlighted the character of his team: “It was not an easy game, we were down too early. But the team has shown its strength and determination. This is what I want from my team. We must continue in the right direction”.