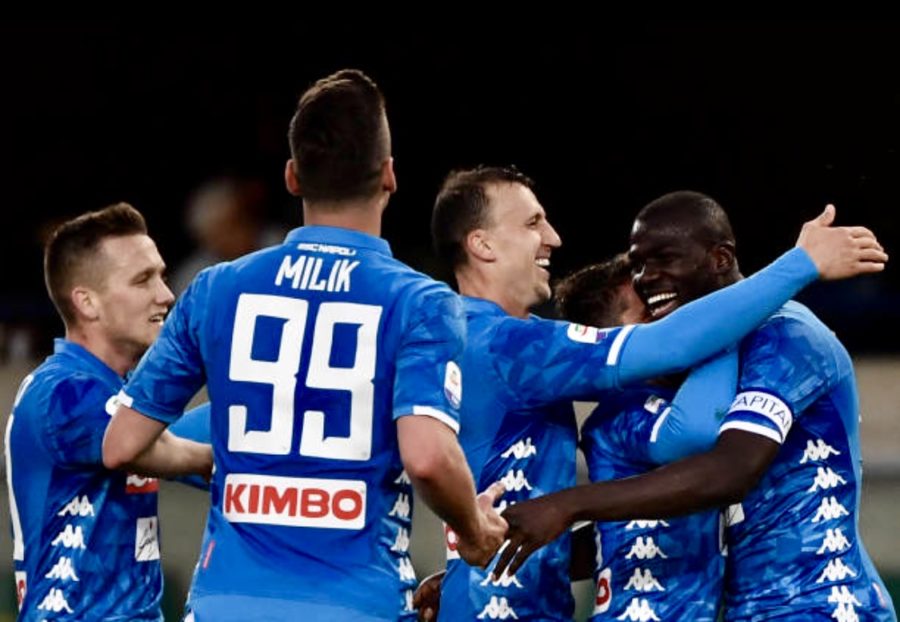 Ancelotti’s team returned to winning ways in Verona with a 1-3 victory two game-weeks later with a double by Koulibaly and a goal by Milik.

What a better way to boost the morale of the team than a victory in such a decisive week. Naples comfortable win against Chievo in Verona strengthens Ancelotti in second place, ten points from Inter, and leaves the Neapolitans ready to try the comeback against Arsenal next Thursdayat San Paolo. A tough and complicated game that requires the best version of Napolés and its fans, who will surely pack the stadium and spur on in search of the semifinals of the Europa League.

The double of Koulibaly, the first in his career, and Milik’s goal are good news and a good message for Thursday: “It has cost us especially until Milik’s goal, but then we made a good game. I am very satisfied with the work of the team. It gives us confidence for Thursday, “admitted Ancelotti who knows that much of the season is at stake in the tie against Arsenal:” It won´t be easy, but we have the necessary energy to fight back. We’re convinced”.