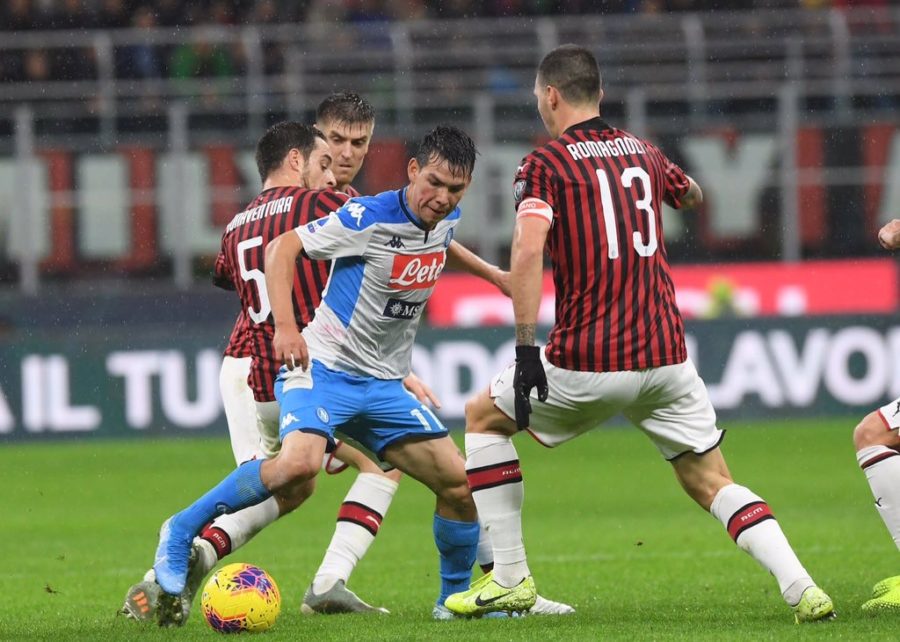 Lozano’s goal was not enough for Ancelotti’s team to add all three points during his visit to San Siro.

Carlo Ancelotti and his Napoli couldn’t do better than the 1-1 on his visit to San Siro, an always special field for the coach, but from which he did not leave very satisfied tonight. Hirvyn Lozano’s goal was not enough for the Napolitan team to break the dynamics of the last matches. Everything, although in the final stretch of the match they had it in their hand but bad fortune in the last meters again deprived them of the three points.

The aim was to travel to Liverpool, where Napoli can seal their pass to the knockout stages of the Champions League, with the reinforcement of a league victory, but they will have to rearm and focus from now on to meet the challenge of getting from Anfield a result that allow them to be in the hype of the decisive phase of the best competition in Europe.