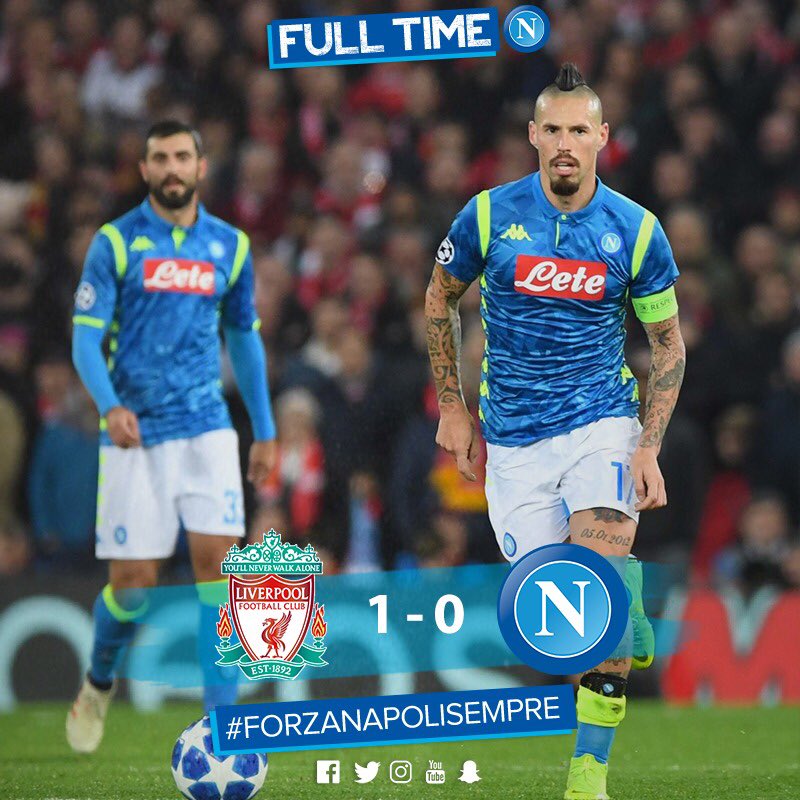 Ancelotti’s team ends up 3rd and will play the Europa League.

Napoli has to say goodbye to the Champions League in the last breath and after a good performance. Ancelotti’s team visited Anfield without having lost a single match and with high expectations to reach the Quarterfinals but a goal from Salah (1-0) gave the win to Liverpool in spite of Napoli trying hard until the end of the match. PSG, on their side, beat Read Star, a score that made Napoli go down to 3rd position in the table. ” We have to accept it although it is dissapointing, we did everything we could. During the 6 games, perhaps we achieved more than expected and we were very near qualifying, but we don’t have any regrets”, said Ancelotti to Sky Sports Italy.

From now on, Carlo has to focus on the Europa League. A new competition for him and the team will look to redeem themselves from getting out of the Champions. “We need to play like this in the Europa League. We are going to use them as motivation to get through this tournament”, said the Italian coach.