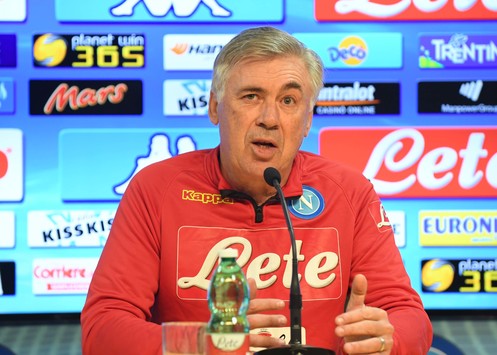 After the defeat at Anfield, the team managed by Ancelotti needs to focus again on the Serie A.

Football’s best medicine are wins and therefore, after a defeat, there is no better way to redeem oneself than winning a match and this is their aim against Cagliari this Sunday (18.00 CET). A match that won’t be easy according to Ancelotti: “We know Cagliari’s characteristics, it is a team that plays vertically and that looks for spaces with fast players, I don’t think it will be a “dirty” game because I like how they play and I’m sure that we’ll see a good match”, said the Italian.

Also Carlo commented that his team has reacted alright after this Tuesday’s match and from now on it’s time to give their maximum on the three resting competitions: Serie A, Coppa de Italia and Europa League. “The players and team gave everything they had to qualify for the next round of the Champions League but we couldn’t, so now we want to remain being protagonists on every other competition we have ahead”, said Ancelotti.

🎙@MrAncelotti: “We can also definitely compete with the teams in the @EuropaLeague. We want to progress in every competition we play in”
⚽️ #CagliariNapoli
🇮🇹 @SerieA
💙#ForzaNapoliSempre pic.twitter.com/DJKEL8FVO9