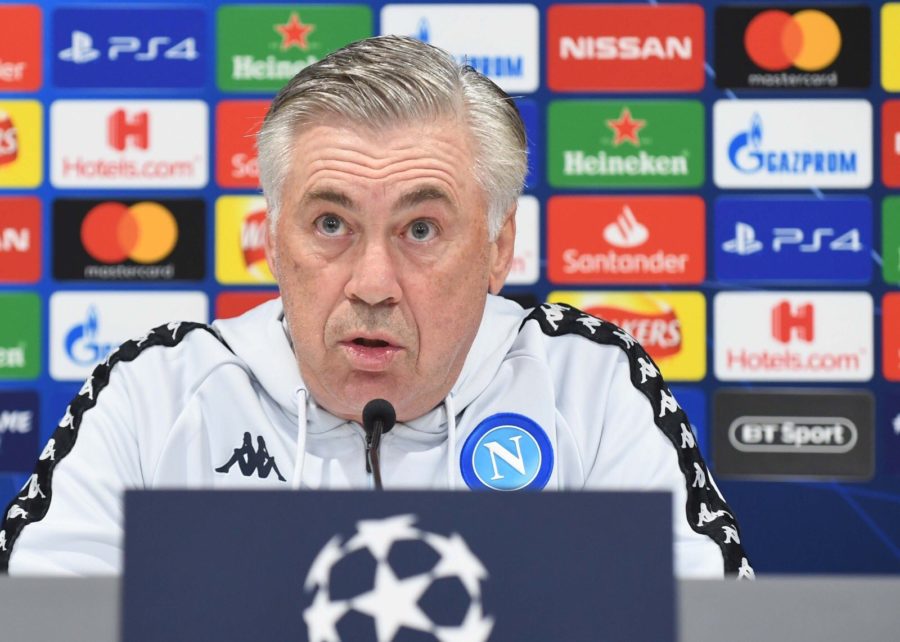 Ancelotti travels to Anfield as leader of group H, if he achive a win or a draw he will be in the next round.
Liverpool and Napoli face each other this Tuesday at Anfield (21 CET) in a decisive game for both teams that play to qualify for the last 16 of the Champions League, although Ancelotti’s men are in a better position. If they win or draw against the English side, or PSG doesn’t win in Belgrade, they’ll be in the next round. “We know what’s at stake. We have to take the final step to qualify, so we’re not gonna take the game lightly whatsoever,” stressed Carlo.
Ancelotti knows of the importance of the game and what it means for the Tifosi to be in the next round. “Anfield is such an awesome Stadium with great support. We know there will be lots of Liverpool fans but there will be also 3000 Neapolitans in the stadium and 40 million around the world,” ended the Italian.
Latest news
© Carlo Ancelotti
Back To Top
Este sitio web utiliza cookies / This website uses cookies / Questo sito Web utilizza i cookie / Diese Website verwendet Cookies OK+info