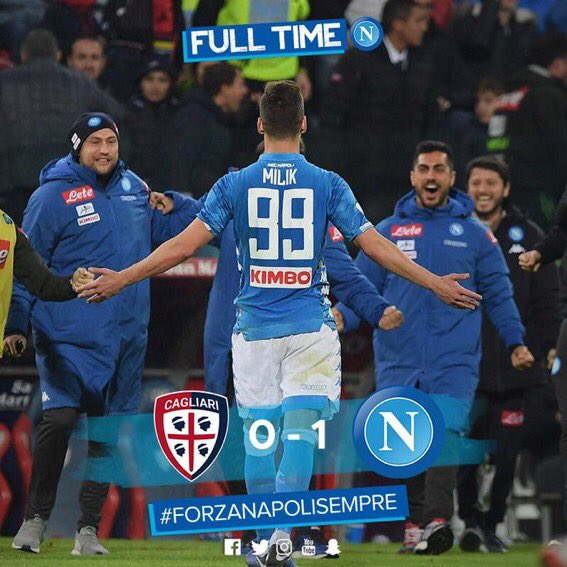 A goal from Milik at the end of the match gave the third consecutive Serie A win to Ancelotti’s men.

Napoli have extended their great moment at the Serie A with a win, the third consecutive win or 4th if we count the games outside San Paolo. This time, Napoli beat Cagliari, a team that gave a lot of work to Ancelotti’s men. A goal from Milik in the last part of the match let Napoli take the three points back home.

With this win, the team coached by Carlo Ancelotti are settled on the second position, staying 6 points ahead of the third, Inter de Milano, as Ancelotti’s work remains strengthening. “This is a very serious team with very clear plans that aren’t influenced by a win or a defeat”, said the Italian.