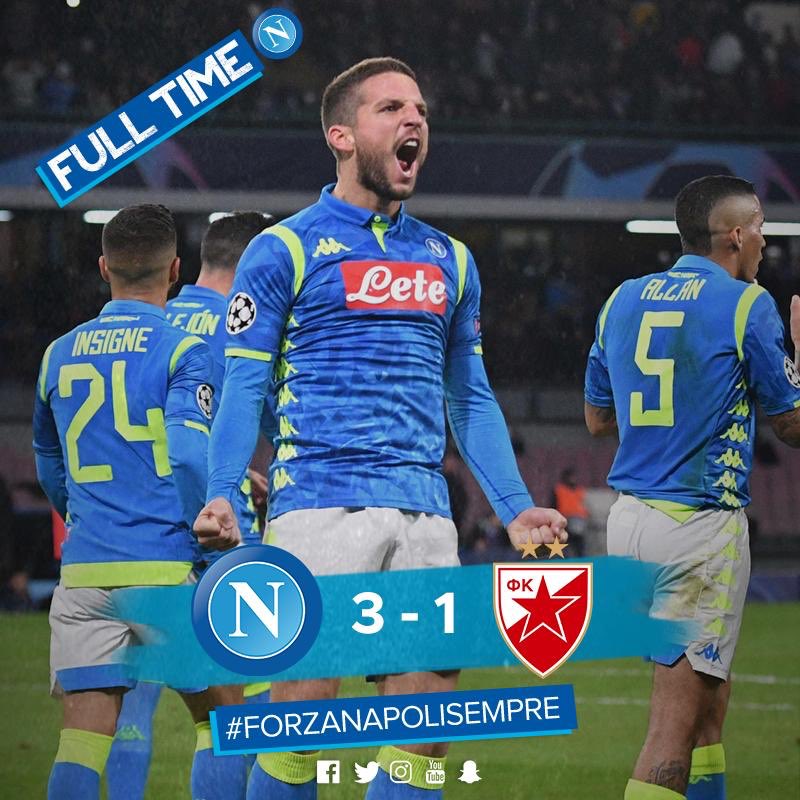 Ancelotti’s men obtained a convincing victory at San Paolo (3-1) and climbed again to the top of Group H.

Napoli knew the game against Red Star was very important and didn’t hesitate. They went for the three points from the beginning and made one of the best first halves of the season. Partenopei dominated Red Star as they pleased and scored two goals although it could have been a few more. After the break Mertens stretched the lead, later on Red Star scored the final 3-1. “This Napoli has shown they can compete with anyone. We’re quite happy with the result, the team has been great,” pointed Carlo.

This victory place Ancelotti’s men back on top of group H while everything will be decided at Anfield in a couple of weeks. However, Carlo is showing why the Champions League is his favourite competition. It’s the first time Napoli finishes the fifth game of the group stage without losing. The Neapolitan team has two wins and three draws, just a step away from the last 16. “Mission accomplished, but I said it won’t be a decisive game. We’re top of the group so it has to be positive,” declared the Italian coach.