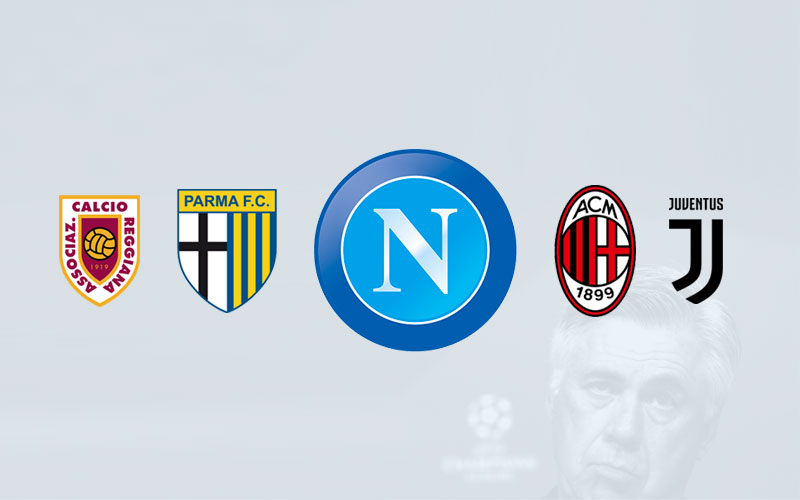 Ancelotti returns to his country of origin to lead Naples ambitious project. It will be the fifth Italian team to coach after Milan, Juventus, Parma and Reggiana.

Nine seasons later Carlo returns home. He returns to Italy, to the country where he was born and saw him become one of the best managers in the world. A legend further increased by successes reap after passing through Spain, England, France and Germany.

Ancelotti will take charge of SCC Napoli during the next three seasons and the target could not be other than to conquer the Scudetto. A trophy that the Neapolitan team has not been able to win in the last 28 seasons. However, Carlo knows perfectly the Serie A. He was champion with AC Milan in 2004 and has managed 437 games (246 wins) in the Italian League.

Napoli will be the fifth team to be coach by Carlo in his country after Milan, Juventus, Parma and Reggiana. It all started in Serie B with Reggiana. After a brilliant season, Ancelotti promoted the team to Serie A. A promotion that earned him a deal with Parma, where he stayed two seasons and got a runners-up in the Serie A. He later trained at Juventus. Three seasons at Juve´s helm and in which he won an Intertoto (2000). However, the Scudetto was still resisting him. He was runner-up two more times.

In the middle of the 2001/02 season he took charge of AC Milan. A project that led to him glory in the 2002/03 season by winning the Champions League and the Italian Cup; and the long-awaited Serie A a year later. They were not his only titles as a rossonero. In Milan he won five more trophies: another Champions League, two European Super Cups, an Italian Super Cup and a Club World Cup.

Carlo arrives at Naples´ ambitious project with the experience needed to take the quality leap the Neapolitan team needs to reign again in Italy 28 years later.