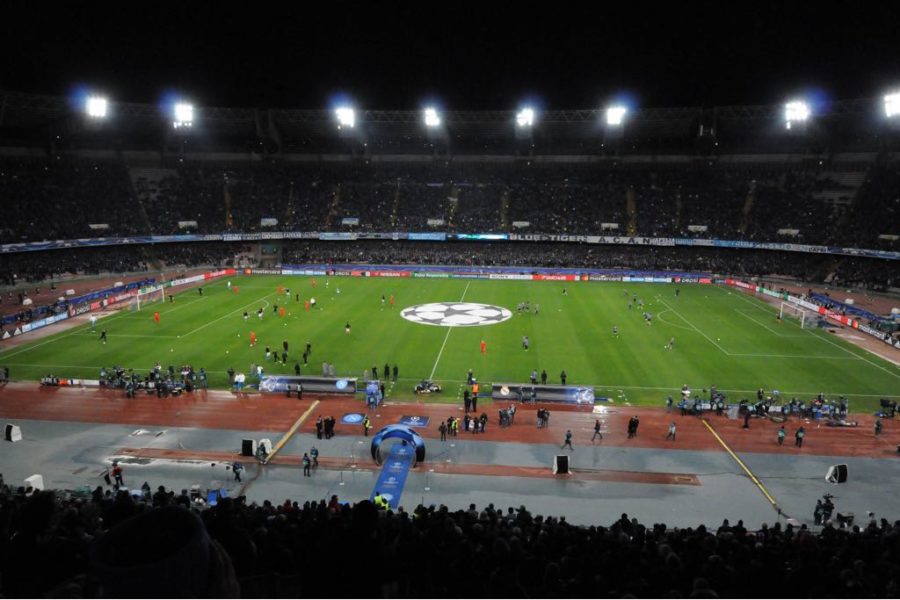 The Napoli fans, one of the most faithful of all Europe, fills up San Paolo every gameweek to support their team.

Napoli has settled in recent seasons as one of the most powerful teams in Italy. Chaired by Aurelio de Laurentiis, they have managed to fight every year for the Scudetto with Juventus of Turin and qualify several times in a row for the Champions League. Boom years in which the Neapolitans are able to compete against any team.

San Paolo´s club lived its golden age at the end of the 80s, when Maradona dressed the Neapolitan kit. The Argentine arrived in Naples with very high expectations and did not disappoint and helped the Neapolitans dominate Italian football for several seasons. Maradona became a hero for Naples’ tifosi after winning two Leagues, an Italian Cup, an Italian Super Cup and the club’s only international trophy, the 1989 UEFA Cup.

Naples plays its home games at the San Paolo Stadium . It is the stadium with the third largest capacity (more than 60,000 spectators) in Italy and where one of the most loyal and animated supporters in Europe are concentrated. Intense in their chants, the Naples tifosi does not stop backing their team for a single minute. They are also frequent trips accompanying the team throughout Italy, and in recent years in Europe for their Champions League games.

Repeating that golden age will not be an easy task. However, Ancelotti has the ambition and hunger to return Napoli to the top of Serie A and play an important role in the Champions League.