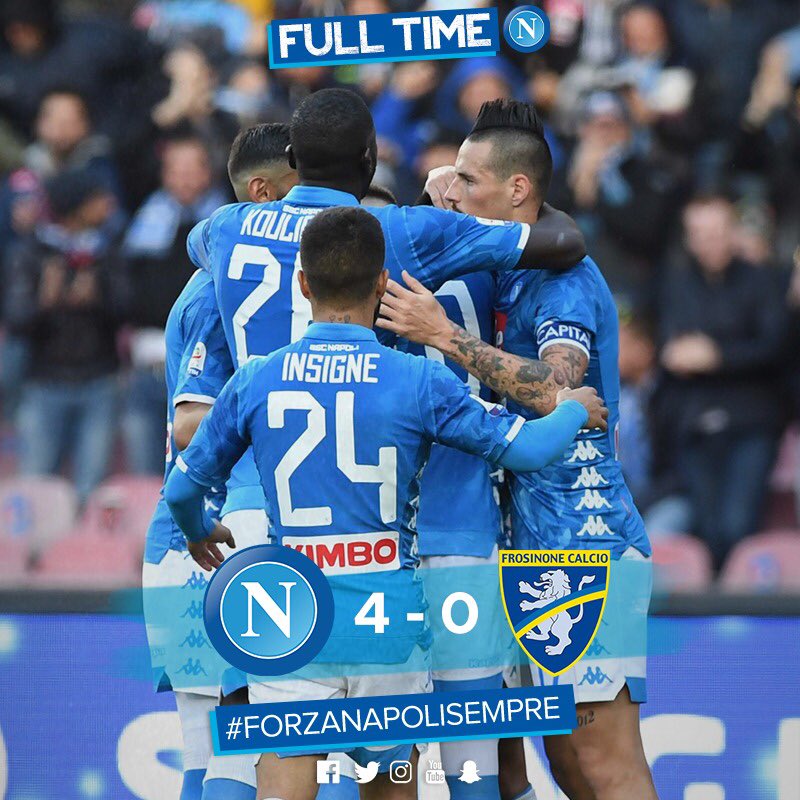 Ancelotti gave rest to several of the usual first team action player thinking of the visit to Anfield and his men responded with a convincing victory (4-0) over Frosinone.

Napoli´s next week tie against Liverpool will be decisive for Napoli´s expectations this season. A circumstance that could distract both fans and players, however, Ancelotti did not allow his players to be carried away and relax. After a great performance the Neapolitan team thrashed (4-0) Frosinone thanks to the goals from Zielinski, Ounas and Milik, twice.

Ancelotti picked a really young starting XI. With an average of 25 years and 243 days, it is the youngest team that starts for Napoli in Srie A since September 2009. Carlo gave minutes to players who had not yet enjoyed many opportunities such as Melet, Ghouhm or Younes, and the team responded perfectly. “I´d like to dedicate a few words of praise for the three boys who played after a long period of time, they have worked very hard and now they are ready,” said the Italian coach.

Now it’s time to put all the focus on the Champions League. “We are going to Liverpool to try to play our cards in the best possible way and without making too many numbers, we will have to have a positive attitude at Anfield as we did in Paris, we won´t be that defensive,” acknowledged Ancelotti.