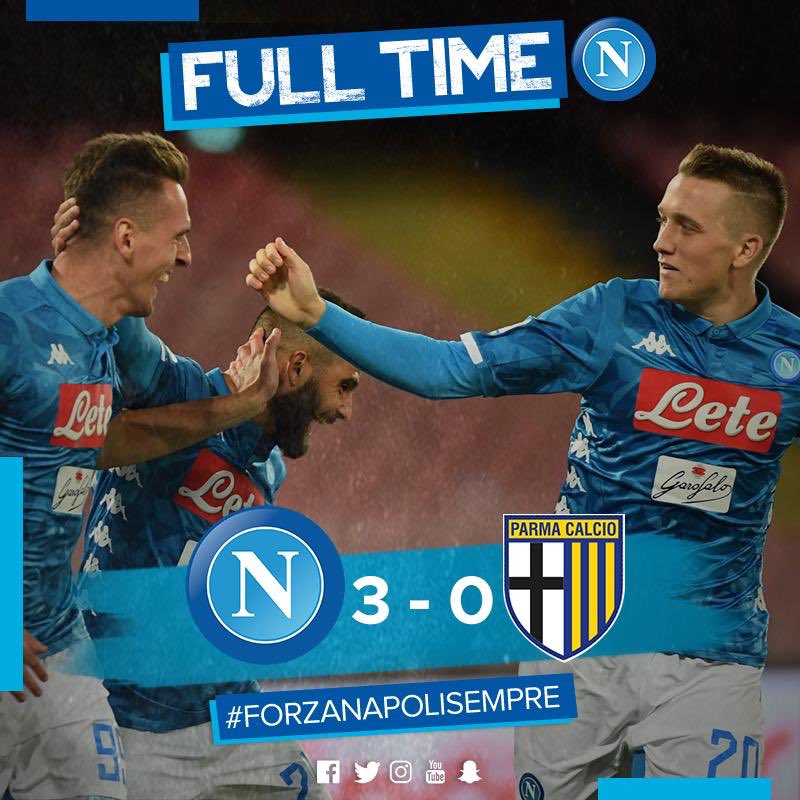 This Saturday all the attention in the Italian football will be focus on the Juventus vs Napoli but before that game the team trained by Ancelotti had another clash as important against Parma. The Neapolitan team went for the win since the beginning and had the best performance of the season so far.

The fans at San Paolo enjoyed their team performance, captained by a fantastic Insigne and Milik who scored a double, they won Parma 3-0 to achieve the third consecutive win in the Calcio. A convincing victory that reinforce the evolution of the team in the past few weeks. “We’re all good and motivated, since the game against Fiorentina where we defended differently we’re felling better. When we have the ball, Insigne has slightly change his position and at the moment is a key player for us” commented Ancelotti.