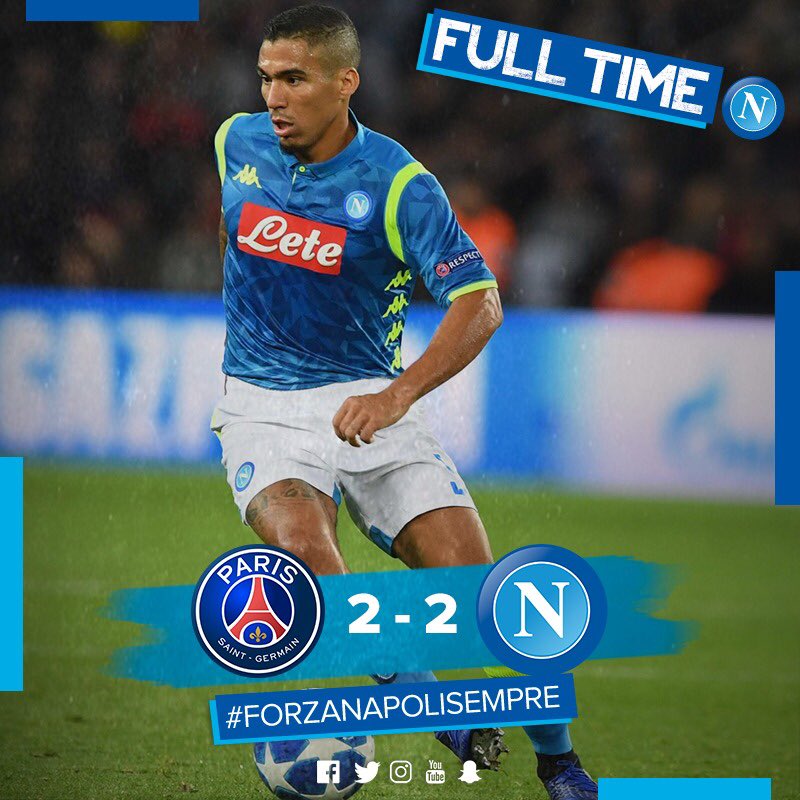 PSG drew (2-2) in the final minutes and took away two points from Ancelotti´s team.

One more night Ancelotti showed why the Champions League is his favorite competition. Napoli visited one of the main stadiums in Europe, the Parc des Princes, to face Paris Saint Germain, one of the candidates to conquer the Champions League, and showed a personality worthy of the great champions. They controlled the game, they stayed put when PSG scored the equaliser and took the lead twice. However, Di María´s goal in the 93rd minute, deprived Ancelotti’s team of a more than deserved victory.

After the dispute of the first three games, Napoli could not be in better position to qualify for the last 16. Ancelotti’s work is paying off and the team has performed at a great level against Liverpool and PSG. “We played very well against the two favorite teams of the group, it is important for us to know that we can beat them,” said the Italian coach.

The next match in the Champions League for the Neapolitan team will be on 6 November. Again against Paris Saint Germain, although this time it will be at San Paolo. And the support of the Italian tifosi can play a key role in the European future of the team. “The return game will be decisive to qualify for the last 16. We are lucky that we can play at home, “acknowledged Ancelotti