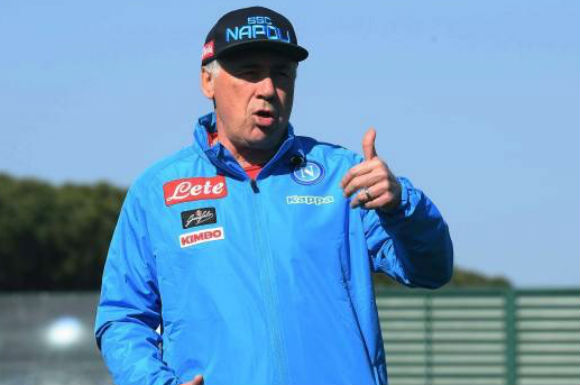 Ancelotti’s team has not lost in their stadium since 3rd March 2018. Today they will put Cristiano Ronaldo’s team to the test.

Today is the big day, in a few hours (20.30 GMT) San Paolo will host Calcio´s best game, the derby between North and South of great rivalry: Naples vs Juventus will close Serie A gameweek. A special clash between the current leader Juventus with Cristiano and Ancelotti’s Napoli, the second and only team capable of challenging Juventus power.
The 13 points gap in the classification does not reduce the attractiveness of a game where Napoli will try to play its role as an unbeateble teamat home, not in vain the team under Carlo Ancelotti has not lost a game in its stadium since the 3rd of March last year coinciding with the visit of Rome.
Napoli has plenty of motivations and arguments to try to close the gap with a Juventus that will arrive to tonight´s game with an eye on the Champions League tie of next week in which they must overcome the first leg result against Atlético de Madrid. Something that, however, does not confuse Carlo Ancelotti: “I do not think they think about it. We know that we play the most important game against the strongest rival. “
Despite this, the Italian will face the challenge convinced of the good work of his team: “It will be difficult but not impossible. We really want to play this game and give great joy to our fans. We have worked very well and we are ready. ” The presence of his good friend Cristiano in the rival team is received by Ancelotti with enthusiasm: “It is always a pleasure to have the best in the field. It will be more difficult but we like that challenge”.