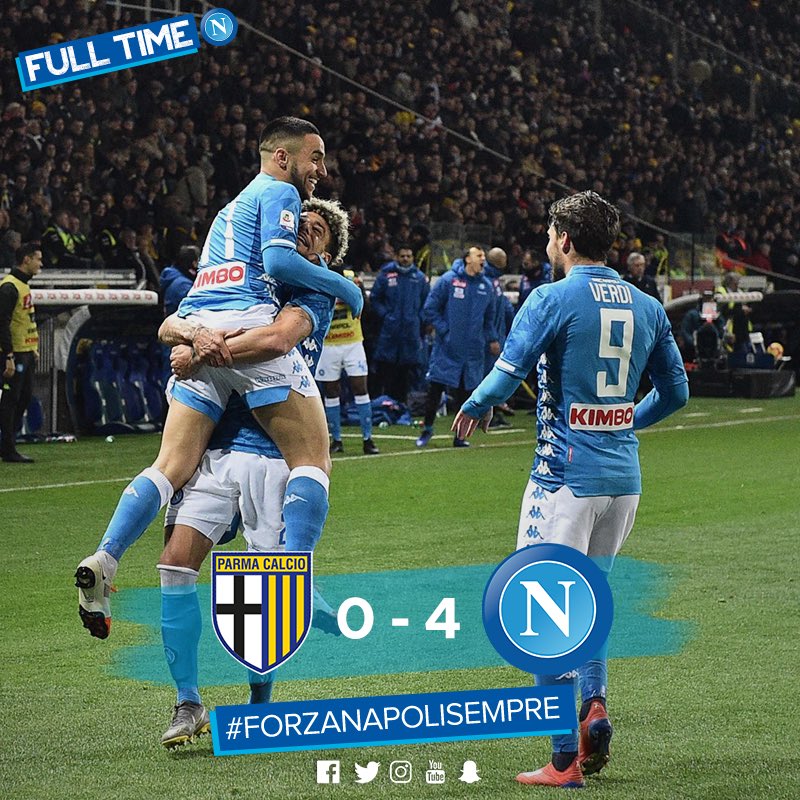 Ancelotti’s men made one of the best games of the season.

Napoli fullfil their duties before the game against Juventus and swept aside Parma 0-4. If there was any doubt Ancelotti’s team was thinking of the game next week, they dispelled them as soon as they started the game and completed one of the best games of the season. Carlo’s work is producing the expected results and the team is more solid in both defense and attack, looking for effective transitions to punish the rival.
Today’s game showed the best Napoli’s version and so acknowledged Carlo at the end of the game. ” The performance it’s been the same as the latest game but we were better in finishing the opportunities” pointed Carlo.
The next challenge for Partenopei will be against Juventus the next Sunday, 3rd March at 20:30. San Paolo is already preparing one of the most awaited games of the season.