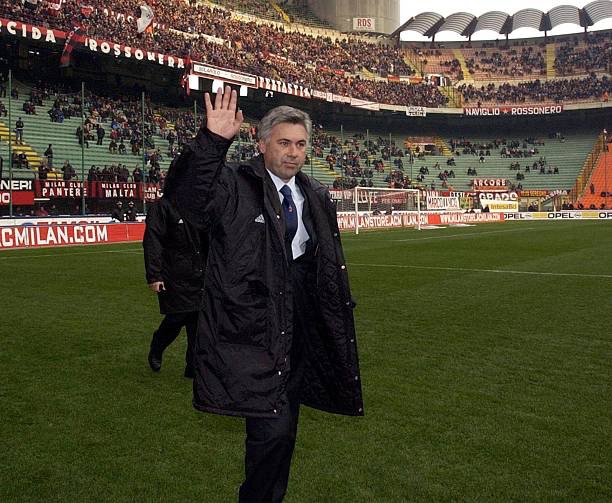 On this same day, 16 years ago Carlo Ancelotti debuted on the Serie A with Milan. The rest is history: 8 Titles (including 2 Champions League) and more than 400 matches as the ‘rossonero’ coach.

It was 15.00 pm on November 18, 2001. A young Carlo Ancelotti, who was beginning to shine as a coach, had just started working as a coach for Milan and was just about to debut on the Serie A with the “Rossoneros”. A match that marked the beginning of a period, perhaps the most laureate stage of the Italian giants in the last decades.
On that day, Milan couldn’t win against Piacenza and ended up with a draw. Nevertheless, time has proved that that afternoon’s score was trivial. The Tifosi who were on the crowd of San Siro witnessed Carlo Ancelotti’s first match as a coach. A match that changed the recent history of the club and of course, the career of Ancelotti.

8 Titles and more than 400 matches

The stats of Ancelotti when he was the coach at Milan. #MilanFamily pic.twitter.com/AiTpOUMQIM

A stage that lasted 8 seasons. On that time, Carlo managed 420 matches as Milan’s coach achieving 238 wins (57% of the matches). Numbers that took Ancelotti to become one of the most succesful coaches of Milan.
Latest news
© Carlo Ancelotti
Back To Top
Este sitio web utiliza cookies / This website uses cookies / Questo sito Web utilizza i cookie / Diese Website verwendet Cookies OK+info