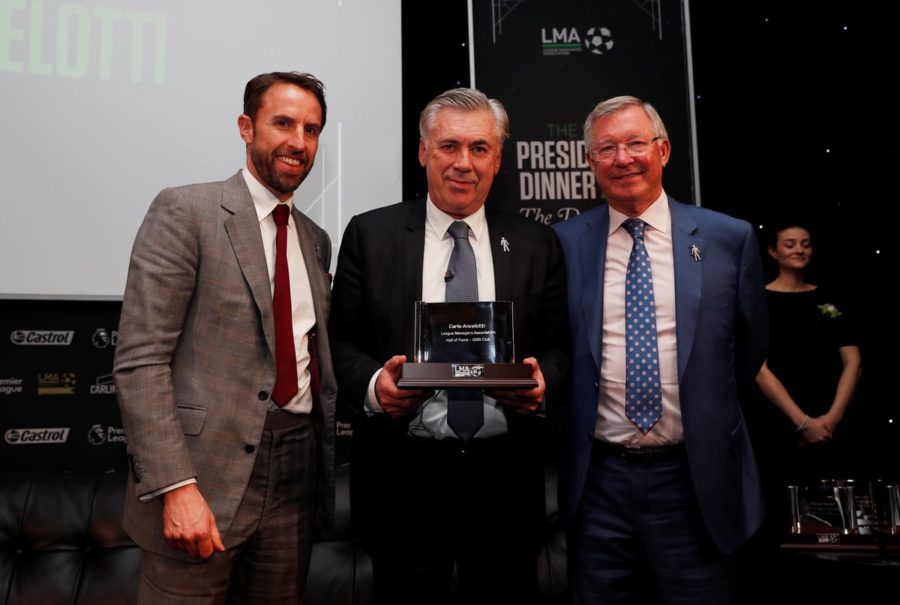 Carlo has not only reached 1 000 games this year as a coach, but he has also become the first coach to win the league title in four of the five major European leagues.
The year 2017 is about to come to an end and if you look back and review what has happened there is a milestone that stands out above the rest: Ancelotti reached 1 000 games as coach. A very select club for managers like Sir Alex Ferguson or Arsene Wenger. On 25 February, against Hamburg, Carlo managed to reach this magical figure.
The League Managers Association (LMA) decided to award the Italian coach and introduced him to his particular ‘hall of fame’ in an act that took place in early December. On that day, Ancelotti had the opportunity for comrades and colleagues such as Ranieri or Ferguson to recognize what was achieved by one of the coaches with a more successful career.
However, this fact is not the only one to highlight in 2017. Ends a year in which Ancelotti achieved his 600th victory as a coach. It was on 13 May after beating Leipzieg. Although, perhaps the best moment of the whole year would be the conquest of the Bundesliga. On 29 April, Carlo wrote his name in the history of football when made Bayer Munich five-times champion. The Italian coach became the first coach to win the league title in four of the five major European leagues (ITA, ENG, FRA and GER). Without doubt a legend that it is expected to increase in 2018. 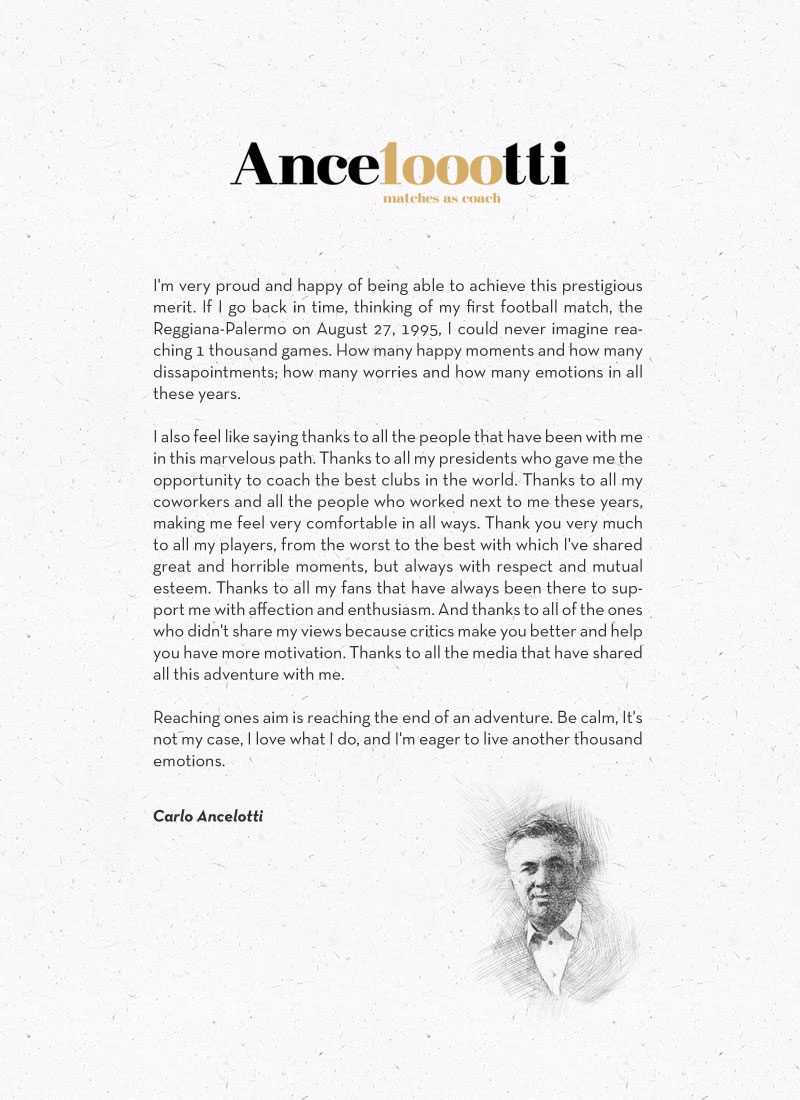