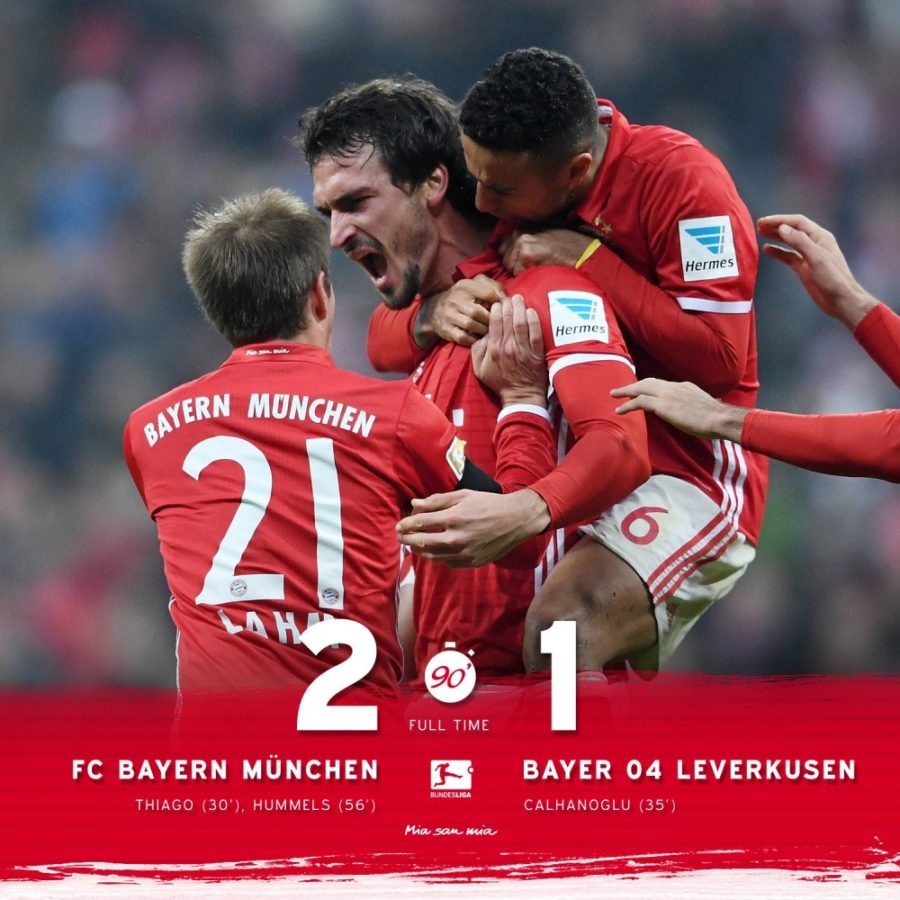 A great victory for Ancelotti´s men. Bayern Leverkusen set up a very difficult match and was a worthy opponent at the Allianz Arena. However, Bayern had control of the game at all times and had sufficient patience to achieve a victory of great value.

Thiago put the home team in front with a header in the first half. But nevertheless. Leverkusen levelled the match shortly afterwards with a great left-footed shot from Çalhanoğlu. The nerves did not take hold of Carlo´s team, and they had patience seeking the goal. A patience and a good work that it had its reward after the break. Matt Hummel scored the second and final goal in the 56th minute to delight the fans gathered at the Allianz Arena.

After the match, Carlo Ancelotti was satisfied with the result, although he admitted that it was not easy. “It was an intense and complicated match, we had to fight a lot for the victory,” he said. He also commented on what line the team should follow: “We have to keep working hard and keep improving.”