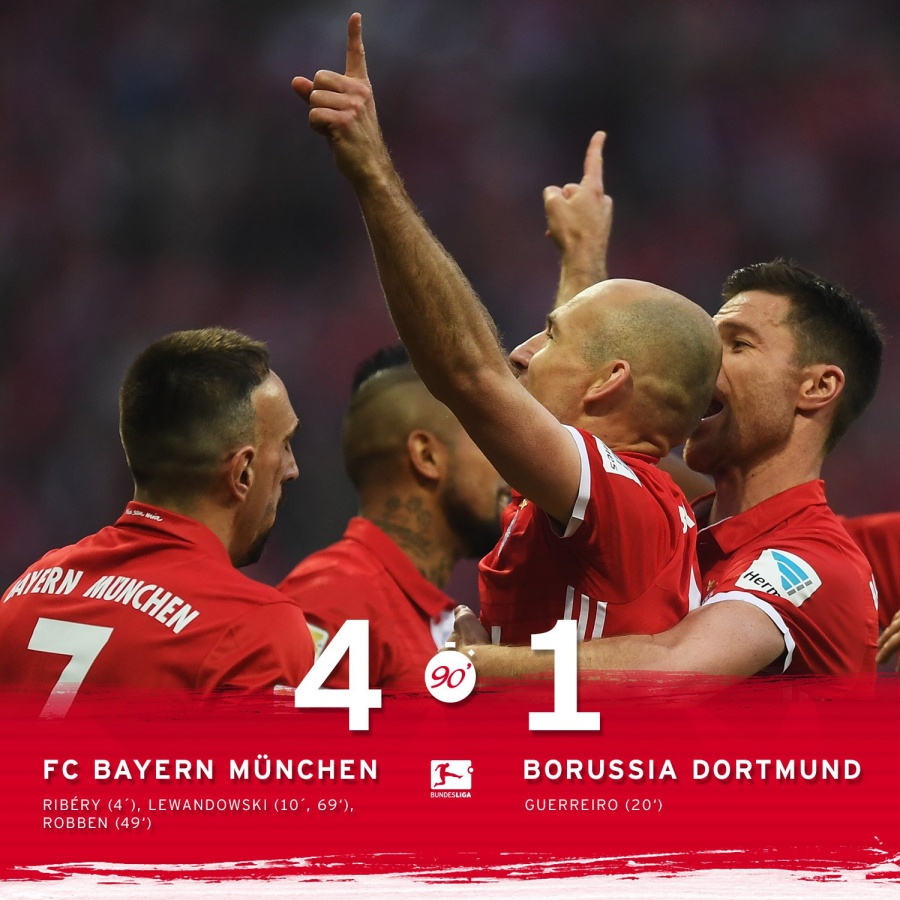 The world of football had its eyes on the Allianz Arena and the match was worth it. A very good Bayern won 4-1 against its great rival, Borussia Dortmund, enlarging their great moment as locals: 18 wins and 3 draws on this season.

Ancelotti’s men, who knew of the importance of this tie stepped into the pitch with great pace. They got ahead thanks to Ribéry and Lewandoski. Nevertheless, several minutes later Dortmund shortened the distance by scoring a goal by Guerrero. This goal didn’t change the balance of the match as Bayern kept on menacing the rival box. In spite of the control and the chances it wasn’t until the second half when Bayern closed the overwhelming win. Lewandoski and Robben scored two more goals putting the icing on the cake in a magic night in which Bayern proved they are eager to achieve important things this season.

Carlo was very satisfied with the work of his pupils: “It’s been a good match with a great result for us”, he said.

.@MrAncelotti on #FCBBVB: "It was a good game that ended with a good result for us." pic.twitter.com/Kyj3Tr01iC

Finally, the Italian coach said what will Bayern’s plan be against Real Madrid on the Champions: “We need to be focused on our game and our strategy and don’t think too much about Real Madrid”, stressed Ancelotti.