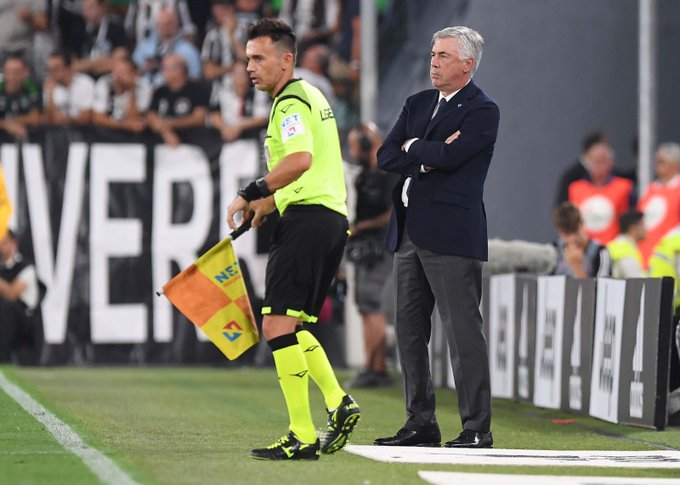 Ancelotti’s team fought back to levelled Juve, who was 3-0 up, but lost with an own goal in the last gasp of the game (4-3).

Napoli lost in Turin in stoppage time, after an epic comeback against Juventus. Ancelotti’s team lost (4-3) in the 92nd minute with an own goal from Koulibaly. A misfortune that broke up the 3-3 achieved by the Neapolitans which saw how Juventus made them three goals in just over an hour.

Napoli’s reaction came after the break and especially after Cristiano Ronaldo’s goal (3-0). It was then when the southern team showed its best version. Manolas, Lozano and Di Lorenzo, three of the new signings, put the aim that the team lacked in the first half and levelled the game. When Napoli seemed to have achieved a well deserved point the bad luck came into play.

Carlo Ancelotti, despite everything, was critical of his team: “The reaction was the only positive thing but I am disappointed with the overall performance of the team. We can’t concede goals like that, we have to change this. ” All in all, Ancelotti hopes that this defeat will be a good touchstone for his team to grow.