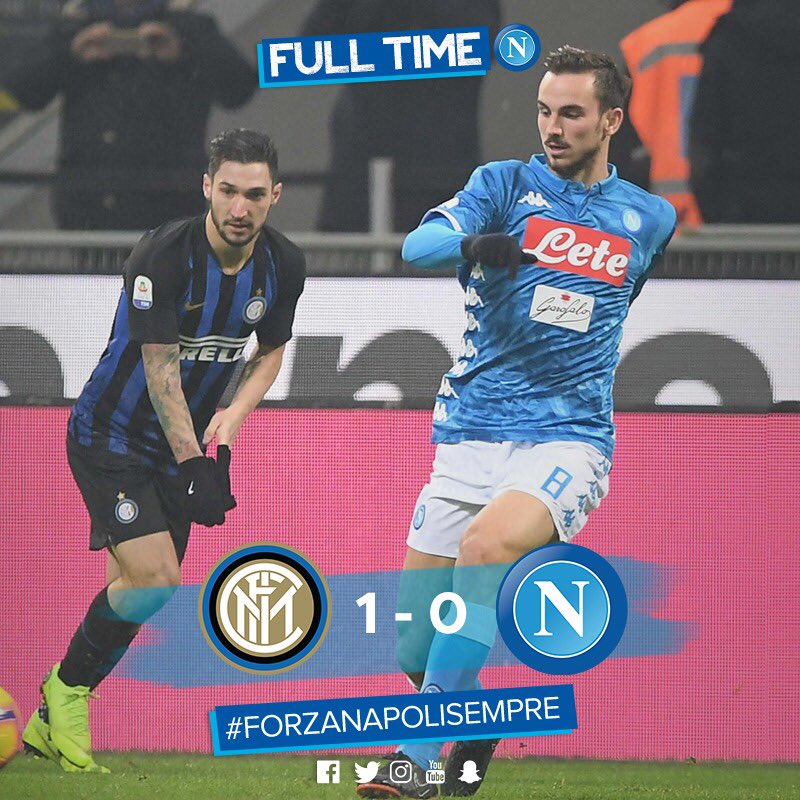 Inter´s goal in stoppage time denied Napoli from getting at least a point.

Napoli lost (1-0) on their visit to Inter with a goal from the locals in injury time. Ancelotti´s men created enough play and chances, especially in the second half, to grab the three points but this time the fortune was not on their side.

During the match, variuos Napoli players suffered racial abuse from part of the stand. Circumstance for which Ancelotti claimed to suspend the game. “We asked the prosecutor of the FIGC three times to suspend the game due to racist abuse: announcements were made but the match continued,” said the Italian.

Despite this defeat, Napoli continues to stay in second position on the table and so will end 2018 for the Neapolitans, although Ancelotti will have the chance to end the year with a victory against Bologna. “We want to end the year with a win and from tomorrow our focus will be on Saturday’s game,” ended Carlo.