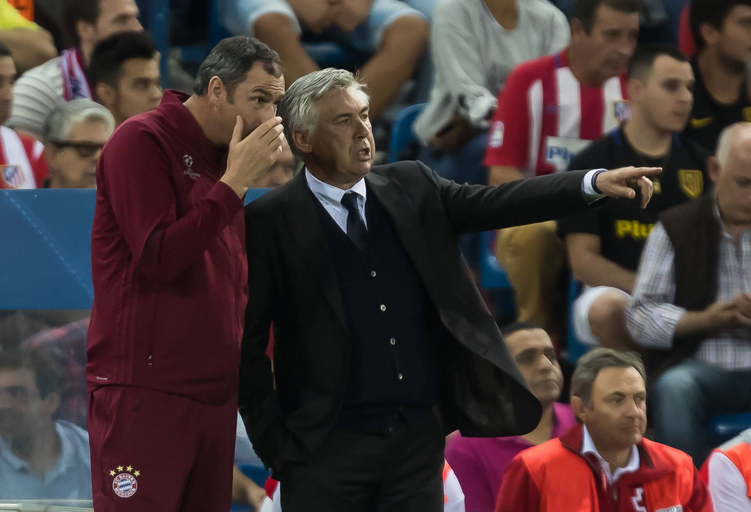 Learn from defeat, that’s the talk Carlo Ancelotti has told to his players and  what is also defend by Karl-Heinz Rummenigge, Bayern’s general manager. Losing at the Calderon can only be an incentive to be better. So they expect this Saturday (15.30 CET) against Cologne at the Allianz Arena, that will have a new turf.

“What happened in Champions is a lesson to learn from”, reflected Ancelotti after the morning training on Friday. The coach has it clear: “We want to continue our good streak in the Bundesliga and win the game to prove our great level”.

The match, and Ancelotti knows well, will not be easy. Cologne has been one of the surprises in the start to the season and are currently third on the table, a point behind Dortmund and four points behind Bayern. Perhaps that’s why the Italian coach warns: “They are the surprise of the season. They are undefeated and are a well organized team. I expect a tough match, especially because we also played on Wednesday, with a trip included … “.

Ancelotti, before the last weekend of the Oktoberfest, announced his intentions, if the team perform as expected in the match against Cologne: “If we get the three points, I will try to drink three beers – maybe four.” Carlo always keeps his word …