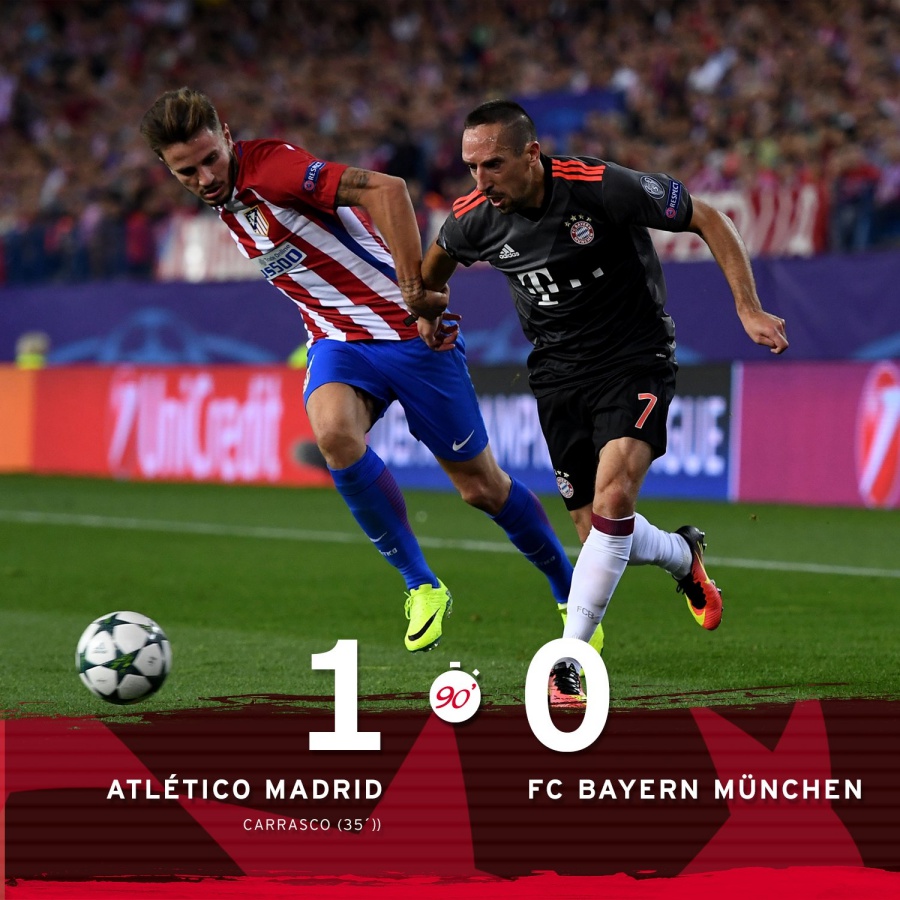 Atlético de Madrid ends Bayer Munich streak that kept them unbeaten since the start of the season, at the Vicente Calderon. Ancelotti’s team conceded their first defeat in the Champions League (1-0) against Atletico that knew how to take advantage of Carrasco´s goal in the first half to clinch the three points and take the lead in the group.

The German team took from the first minute the initiative of the game, but lacked of goal. Lewandowski, Ribéry and Müller tried it without fortune. The key of the game, according to Ancelotti was at the time they scored the goal and the lack of speed when they had the ball, “We try to look for options, but we were not quick with the ball. We lacked speed.

“Therefore, the Italian coach has no doubt that the team should go ahead and move on and finish the group stage as leaders. “Our goal is to win the group, we have to win our remaining games. Especially with Atletico. We can still be top of the group”, he said.