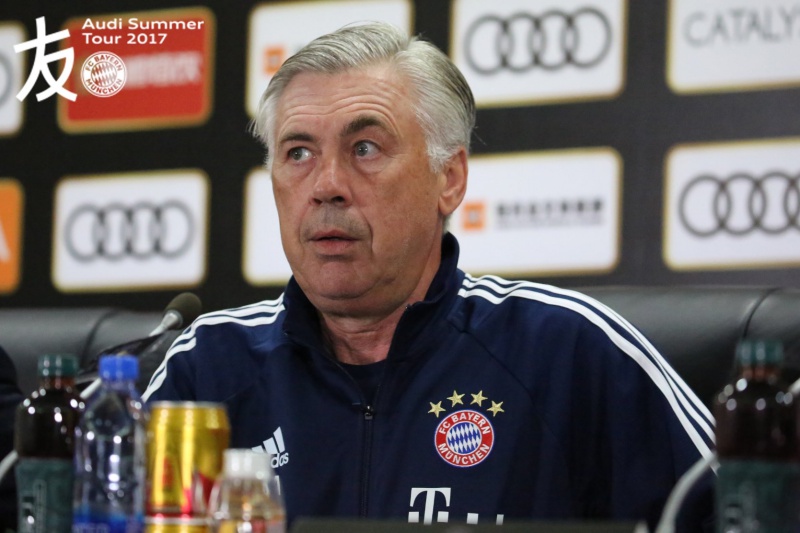 The second stage of the Audi Summer Tour 2017 has Shenzen as headquarters where Bayern were received by a crowd and where Ancelotti bumped into his beloved AC Milan in a special match for the current ‘Bavarian’ coach. ” I spent many years at AC Milan and that’s why it’s always special. I have great memories of that stage, 13 years are a great part of my football history. I’m a great fan of AC Milan”, said Ancelotti, who took AC Milan to win their last two Champions Leagues.

"I spent a long time at Milan, so it's always very special to play against them." @MrAncelotti #AudiFCBTour #BLWorldTour #ICC pic.twitter.com/aZLjNRzHAm

Leaving the nostalgic moments aside, Carlo Ancelotti knows that this match is crucial to test the evolution of his team during pre-season: “This kind of games against powerful teams are good for us to improve. We are focused on playing well and boosting our performance”, said the Italian coach.