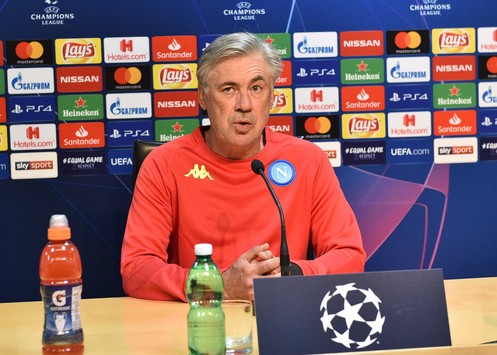 Napoli hosts the last finalist of the Champions League and the team against which Carlo lifted his second Champions.

The Champions magic returns to San Paolo this Wednesday (21h CEST) as Napoli faces Liverpool, last finalist of the Champions League and a familiar face for Ancelotti. Against the British team Carlo played two Champions League finals. He lost the first one in 2005 in the penalty shootout, however, two years later in 2007 both teams met again in the final and this time the Italian lifted the trophy against tomorrow’s rival.

There’s another reason to watch the game, Ancelotti will live his first European night at San Paolo. The perfect scenario to continue to enlarge his legend in the Champions. Liverpool won’t be an easy rival but Carlo knows what his team is capable of. “Liverpool is one of the strongest teams in Europe but we’ll try to win. We’ll have to play with great pace and intensity. I really trust my team and I know what we can give”, pointed the Italian coach.