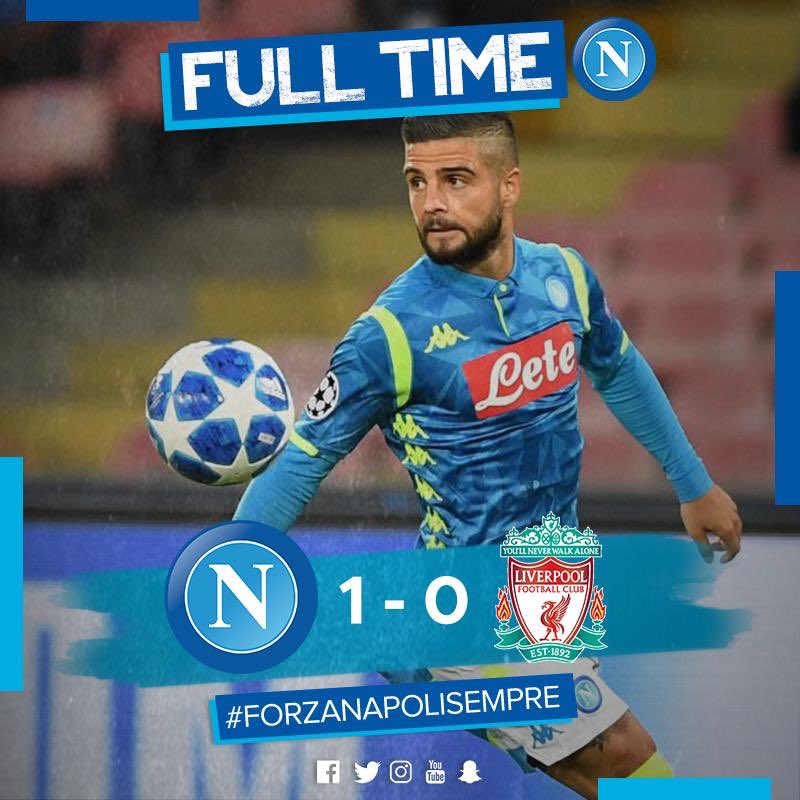 Ancelotti had the best possible debut in Champions with a win 1-0 over the Reds at home.

San Paolo was ready and Napoli didn’t disappoint in their first big European night. The team coached by Ancelotti was far too better than Liverpool and so proved through out the game. Dominanted the English team and created many chances. However, it wasn’t until the final minutes that Insigne scored the winner after Callejón’s cross. A goal well deserved, especially in the second half for Ancelotti’s men an so commented at the end of the game. “We never lost control of the game, especially in defense. We wait for the chance to score and it came just at the right moment”, ended Carlo

The Italian debuted in Champions, before his new supporters, with a victory that put Napoli leader of group C with four points. Behind them, Paris Saint Germain with three, which will host Napoli in three weeks time.