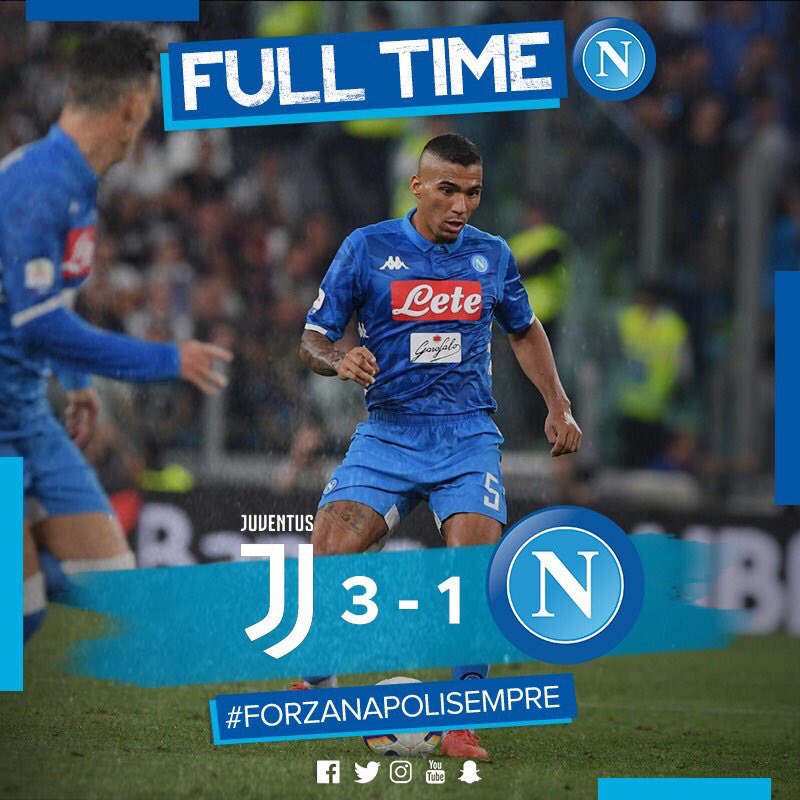 Ancelotti’s team never gave up and tried it until the final whistle despite playing more than 30 minutes with ten men.

Everyone was paying attention to the Juventus-Napoli and the game didn’t disappoint. A great thrilling clash with chances for both teams. Partenopei hit first, they took the lead in the early stages of the game thanks to Mertens. However, Juventus came from behind as Mandzukić scored twice and Bonucci headed a corner-kick. Napoli didn’t give up and despite playing with ten men more than 30 minutes had chances to levelled the game when the score was 2-1 and try to push harder until the end of the game. Despite the result Ancelotti was happy with the performance. “The team was good. We lost some balls that gave them confidence”, commented the Italian.

Carlo went further and recalled the Serie A has just started and there’s a long road yet. “We have to go our way, the six points difference is not a problem. We have had terrible fixtures so far”, ended Ancelotti.