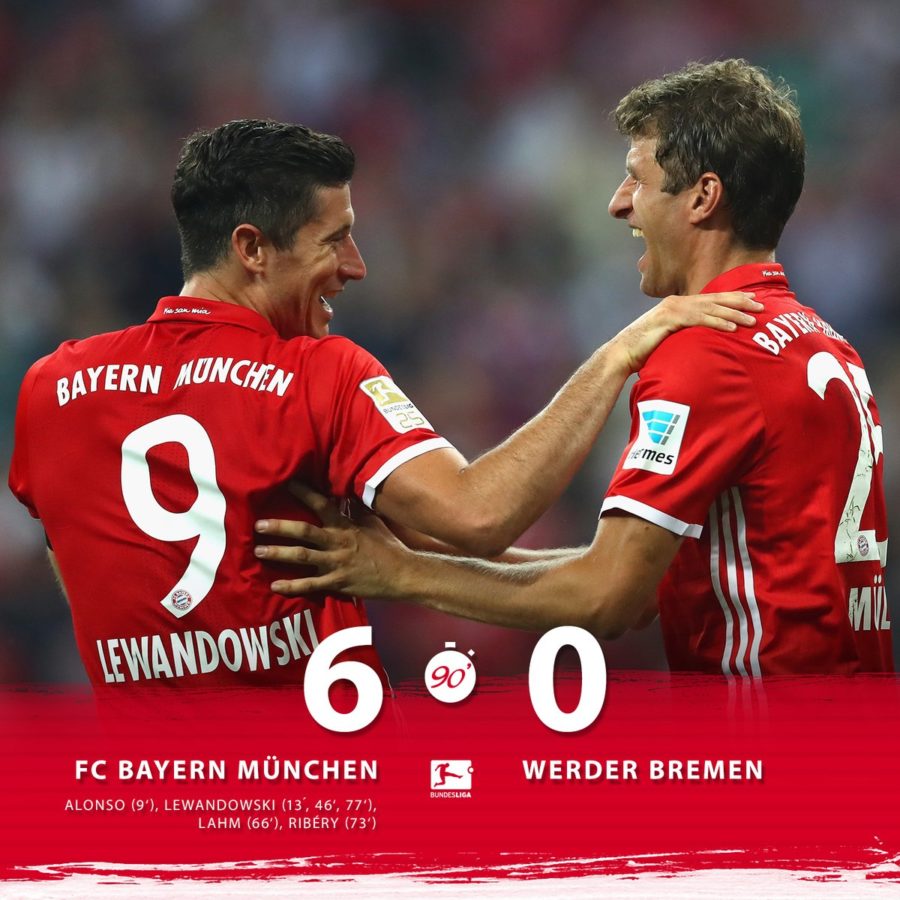 Carlo Ancelotti presents his credentials to the Bundesliga with a crushing victory against Werder Bremen (6-0). In the first game as the coach in charge of Bayern Munich, the Bavarian team showed in the Allianz Arena that they are a serious candidate to win the title despite having eight players injured, in this difficult start to the season. Their quest to win the fifth consecutive league could not start better.

Robert Lewandowski´s hat-trick – the first in the league and the second in just one week – Xabi Alonso’s goal to open the score and the goals from Lahm and Ribery in the second half were the introduction of the current champion to the league, a warning of what it is coming ahead and the confirmation that Ancelotti´s work is already coming into effect.

The crushing result against Werder Bremen also allows Carlo Ancelotti matched the biggest win in an opening match of Bayern since 1974/75. The icing on the cake that explains why Ancelotti is the only manager who has coached in the big five European leagues. 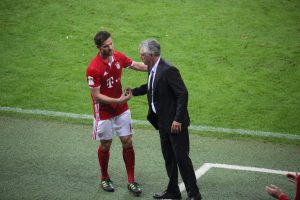 Ancelotti could not hide his satisfaction for the great start to the Bundesliga: “It was a good start. We scored a goal early in the game and then we always had the control of it. I am very happy with the match the team has played, but we have to continue to improve”. Carlo congratulated Lewandowski for his hat-trick: “He’s a fantastic striker, he is always ready to score”.