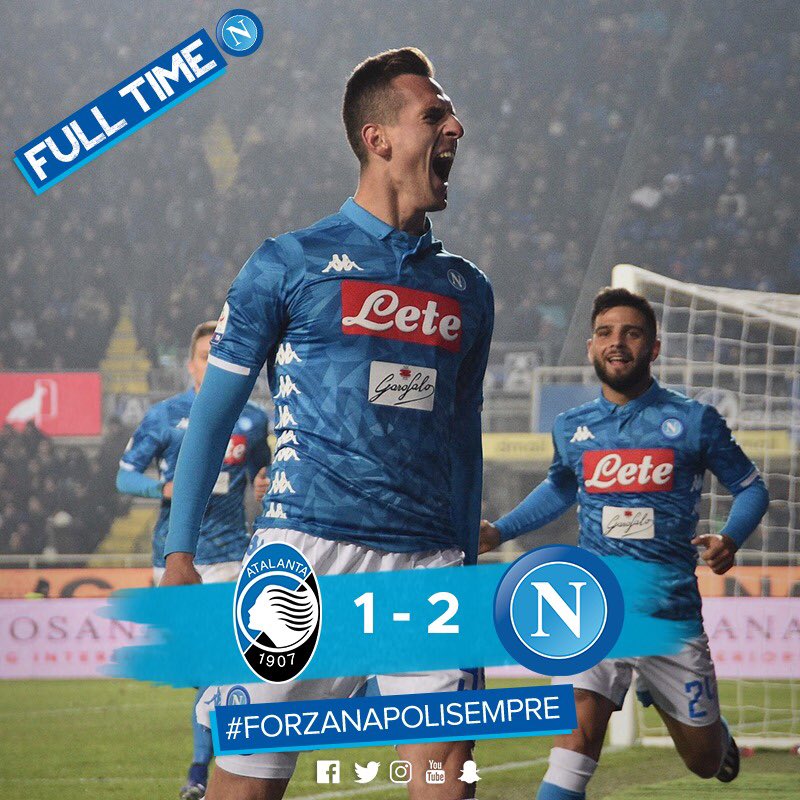 Napoli didn’t miss the opportunity and took all three points in their visit to the Atleti Azzurri d’Italia Stadium thanks to goals from Fabián and Milik.

Ancelotti knew of the difficulty of the trip to Atalanta, a hard team with an incredible fans support throughout the game. Fabián’s goal eased the game for us, from there on, the local team pushed towards Ospina’s goal until they netted the equaliser. Napoli made it through difficult moments and found the way to victory thanks to Milik’s goal in the final minutes. Today’s game has been a serious test for Ancelotti’s side. “We knew Atalanta would be a complicated team to play,” pointed the Italian.

One of the key decisions of the game came from the bench. Carlo carefully picked the substitutions and gave enough freshness to the team to fight for the win that helps to maintain the second place in Serie A. “All the subs boosted the team in both energy and speediness. Milik has always been motivated despite not having much continuity,” concluded Ancelotti.